Bruce Wm. Taneski’s I Came Home, But It Wasn’t Me: The Memoirs of a Vietnam Combat Veteran as a Recon Scout ‘LRRP’ (CreateSpace, 338 pp., $19.95, paper; $5.99, Kindle) comes full circle when he sits on his pack and eats a can of C-Ration spaghetti and meatballs while looking down at one of the two NVA soldiers he had shot dead a few minutes earlier.

“Don’t mean nothing,” he thought. But deep down inside, he knew it did.

Eight months earlier, as an FNG literally stained from head to foot with blood and guts, he had stared in disbelief at a gunner who casually ate a can of peaches while his helicopter lifted off with the dismembered remains of men Taneski had helped put into body bags.

Writing this book was part of Taneski’s treatment for PTSD, initially diagnosed in 1982. Along with his forty-five-year-old memories, he used after-action reports, maps, and letters he wrote home as source material. His subtitle spells out his wartime duties.

An Army enlistee, VVA life member Bruce Taneski arrived in Vietnam less than two months after he turned eighteen. By then, he had completed Basic, Infantry AIT, and parachute training. He stood five-ten and weighed 110, about the size of his field pack. Eager and a quick study, the teenager talked his way into Recon with the 199th Light Infantry Brigade, 4/12. The unit operated out of FSB Nancy, near Long Binh.

Because his story is therapeutic, Taneski explains everything in detail, down to the nuts and bolts of his P-38 can opener. At times, he writes with the innocence of a young man seeing the world for the first time. He shares the teachings of his sergeants, which Taneski took to heart to succeed in Vietnam. He particularly admired Sgt. Soakley, who mentored him. Much of this true story describes “many of the mundane missions we went on,” which involved “just humping through the jungle fighting the red ants, leeches and mosquitoes.” 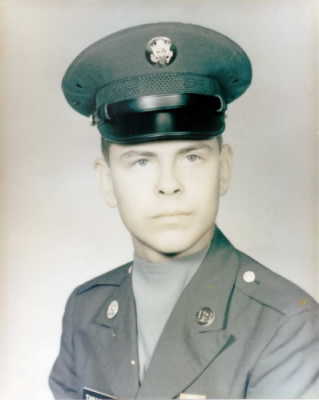 Taneski’s year peaked with two major operations. The first was the 199th’s final six-day sweep before returning to Fort Benning. The operation captured thirty-three NVA, while destroying an enemy hospital, training camp, and five hamlets. The second was a 5th Infantry Division engagement against a new NVA base camp near the DMZ, where Taneski finished his last months in-country.

Bruce Taneski’s obsession with detail occasionally flags. For example, he does not mention years as such. I worked out that he served in Vietnam in 1970 only because he mentioned the Year of the Dog, and I looked it up.

Nevertheless, the book clearly tells who Bruce Taneski is and why, which is its purpose.