Steve Banko dedicates his firs novel, For No Good Reason (No Frills Buffalo/Amelia Press, 318 pp., $14.95, paper), to the 1st Cavalry Division Garryowen troopers of Company D, 2nd Battalion, 7th Cavalry who fought and died on December 3, 1968. Banko served sixteen months in Vietnam where he was wounded six times and received the Silver Star in addition to his four Purple Hearts.

For No Good Reason is a blood and guts Army infantry novel. My impression is that Banko drew heavily on his own wartime experiences for the narrative. In the acknowledgements he informs the reader that John Holcomb, his good friend, died saving Banko’s life on December 3, 1968, and that Holcomb was awarded a posthumous Medal of Honor. Banko made it home to grow old and bald.

For No Good Reason namechecks both the usual and the unusual, including John Wayne, Audie Murphy, Sgt. York, Racquel Welch, Goldie Hawn, and Superman. Shit is burned in the rear and we are admonished to get the hell out of Dodge, and that we “gotta get out of this place.” The place is Indian Country where Pancho Villa is also making a stand. The “hurting kangaroo” I encountered was new to me. I predict I’ll not see him again. 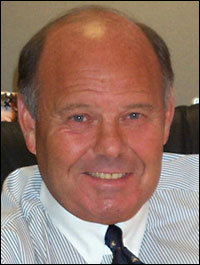 The writing is made up of short sentences and punchy expressions. Here is a typical example:

“I was thinking of our next move when some screaming and shooting came from our right. Our two buddies got a bead on the machine gun when he opened fire on us and assaulted from behind it. It was like John Wayne and Audie Murphy came flying to our rescue. They were shooting and screaming and acting all kinds of crazy. When one gook fell from the tree, we got the message and started shooting too. When we stopped to reload, everything was quiet.”

I recommend this war thriller to those who have not overdosed on infantry action books.  It moves right along, never stopping for idle moments.