A version of Jeff Wallace’s novel The Man Who Walked out of the Jungle (MC Publications, 320 pp., $12.52, paper) was previously published as The Known Outcome.

The main character of this thriller is George Tanner, an American Army major who advises a Vietnamese military police company. In April 1970, a Caucasian male walks out of the rain forest just north of Saigon. He intersects with U. S. Army personnel and is shot and killed.

Most of the rest of this engrossing novel deals with finding out the identity of this man and what was he doing all alone in the jungle. He carried no I.D. and his clothing told those who found him very little.

Tanner is tasked with unraveling the mystery. He comes to find out that there are people who do not want him to find the answers.  Danger seems to lurk around every corner for Tanner as he stumbles around following the few clues he has.

This is a work of fiction, we are assured, but Wallace, a former Army officer, tells us that “the characters, facilities, organizations, military units” we encounter bear much similarity to their real counterparts. The historical setting rings totally true to me as I spent a lot of time in the very spots the author has chosen to place his story in.

Wallace’s representation of his Vietnamese characters is extensive and jibes with what I saw when I was in Saigon. The main character falls in love with Vietnam and with a woman named Tuyet. He wrestles with the problem of convincing her to go to America with him. She cannot imagine herself living in anywhere other than Saigon. 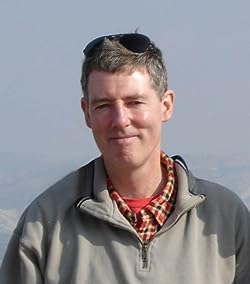 This serious novel deals with Vietnamization, but does not dwell on the usual preoccupations of Vietnam War fiction. It is said more than once that we should have stayed the fuck out of Vietnam.  Attention is paid to the French at Dien Bien Phu. As for the Americans, Wallace writes: The “world’s best Army is struggling to defeat a bunch of rag tags.”

I enjoyed this thriller and was happy that it was more like a Graham Green novel than the usual infantry novel penned by often resentful and angry former draftees. I highly recommend it to serious readers of Vietnam War literature.

Amy Shively Hawk, the author of Six Years in the Hanoi Hilton: An Extraordinary Story of Courage and Survival in Vietnam (Regnery, 320 pp., $27.95) is the stepdaughter of Air Force Capt. James R. Shively. Hawk wisely  presents the harsh details of his May 1967 capture in the book’s prologue, giving the reader a heads up on what would become a painful six-year ordeal as a POW in North Vietnam.

The book’s three-part narrative begins with Jim Shively’s coming-of-age childhood, continues through his unexpected acceptance into the U.S. Air Force Academy and his assignment to the 357th Tactical Fighter Squadron.

Shively, his stepdaughter says, was a top student in high school. “Not only did he excel academically, he was voted most popular and elected class president three years running,” she writes.

Graduating from the USAFA in 1964, Shively earned an MA in International Relations at Georgetown University. 1st Lt. Shively then completed Pilot Training qualifying to fly the supersonic F-105D bomber.

Then came the assignment to the 357th Tactical Fighter Squadron in a secret base in Thailand. Like the other pilots, Shively was required to fly 100 missions. That began in December 1966. “Jim loved combat flying in Southeast Asia. In fact, it was the most fun he’d ever had in his life,” Hawk writes. “He loved the thrill of it, the intensity, the risk.” He was shot down on May 5, 1967, the first time the bombers were permitted to hit targets in Hanoi.

Part two of the book, “In Captivity,” contains vivid descriptions of the horrid POW prison conditions, including Jim’s injuries which went untreated, minimal meals, mosquitoes and rats, torture and other physical and mental abuse, and how the men devised ways to cope and support each other. Shively spent time in a tiny concrete isolation cell the prisoners called “Heartbreak Hotel.”

He and other prisoners periodically were moved from the Hanoi Hilton into other POW camps the men nicknamed Plantation, Zoo, Dungeon, Big House, Camp Faith, and Dogpatch. During the 1972 Christmas B-52 bombing of Hanoi, 209 prisoners, including Shively, were hastily moved to the jungle compound called Dogpatch. He was released with 590 other POWs in 1973.

Jim Shively died on February 18. 2006, exactly 33 years to the day he was released from his North Vietnamese prison. When his sister Phyllis died, he wrote: “When I die I want people to celebrate. I want everyone to remember that I enjoyed my time here, and had a wonderful, exciting life filled with great adventures.”

The celebration continues in this book’s pages.

In the new movie T2 Trainspotting,  a character named Sick Boy chides a crony for acting like “a tourist in your own youth.” If he is correct and looking back on former times is forbidden, then Ken Palmer should not have written Wasted Blood: Facing the Music in Vietnam (CreateSpace, 256 pp., $21.99, paper). As a Seabee in the Vietnam War, Palmer experienced a string of strange events and now has finally recollected them in this memoir.

An enlistee, Palmer tells us about his young manhood immediately prior to deploying, while in-country, and for a short time after returning stateside. Mainly, he explains how it felt to be the star of a rock band named “Wasted Blood” as a protest against the war.

With their commander’s encouragement (which including being issued  Fender, Gibson, and Ludwig instruments), Palmer and four other Seabees—Keith, Saul, Ron, and Jerry—formed a band to entertain the troops. Before that each man had played for his own enjoyment. Now, they continued to work ten-hour construction days, and they practiced and entertained during their off-duty time.

Stationed at MCB121 at Red Beach on the Gulf of DaNang, the band traveled to gigs mostly at night in a truck. Providing their own protection allowed them to travel where USO and other shows couldn’t go. Occasionally, for trips to distant camps, they flew by helicopter. Their high-energy performances and willingness to fulfill all requests gained them avid fans who often believed they were professional musicians.

Palmer tells wonderful stories, ranging from sexy to ridiculous, concerning women that he met because of his star status. Recalling these encounters is enough to justify his becoming a tourist in his own youth.