If you are looking for an inside look at the most important military discussions that took place in the last thirty years, read Mark Perry’s The Pentagon’s Wars: The Military’s Undeclared War Against America’s Presidents (Basic Books, 368 pp.; $30, hardcover; $17.99, Kindle).

Perry—a military historian, author, and a former editor of The VVA Veteran—presents behind-the-scene arguments based on his three decades of on- and off-the-record interviews with the nation’s highest civilian leaders and senior U.S. military officers. This book includes the fruit of eighty-two interviews Perry conduction with more than fifty military officers in the last two years.

Perry first explains the technical Revolution in Military Affairs (RMA), which began in the 1970s. He ties it to the 1986 Goldwater-Nichols Department of Defense Reorganization Act. Combined, the two actions aimed to end inter-service competition and required the Army, Navy, Air Force, and Marine Corps “to plan and fight together, or ‘jointly.”’ It didn’t always work that way, Perry explains.

Goldwater-Nichols took the Joint Chiefs of Staff out of the chain-of-command and reduced them to organizing, training, and equipping tasks. Thereafter, the chain went from the President to the Secretary of Defense and then to unified commanders worldwide. That included “functional” commands of special operations, strategic nuclear weapons, and global force projection.

In essence, the act gave the President a more direct link to men in the field. The change also increased the tactical and strategic advantages provided by RMA. But each general still sought a share of glory in his service, Perry says.

He goes on to lay out the story of civilian-military relations from Desert Storm to the rise of the Islamic State. That includes a wide variety of situations such as an evening meeting in the President’s limousine and an early-morning argument in a stuffy hotel room in Dayton, Ohio. In doing so, Perry conveys the emotions (and too often the pettiness) of American leaders. The scenes he describes—including the planning of Desert Storm—ring with authenticity

The 2005 “Generals’ Revolt” against Rumsfeld makes a most interesting chapter. In it, Perry explains the difficulties that America, as the world’s lone superpower, endured in finding capable leaders and tending to “overreach” to “shape the world as it saw fit.” In these respects, more than thirty years after the end of the Cold War, military leaders still have not had their voices fully heard.

Although men in uniform retained the right of freedom of speech, they frequently were bypassed in decision making, particularly on subjects that civilian leaders saw as minor issues such as those involving gay and transgender service members. Problems compounded themselves when generals failed to have their thoughts considered on issues of greater importance, Perry says. 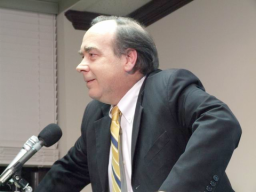 The Pentagon’s Wars closes by pointing out that today “American soldiers [are] fighting in more wars in more countries, and with less success, than at any time since the end of World War II.”

Perry concedes that civilians “elected by the people, choose which wars to fight and when.” But he champions a need for generals to have a more-influential voice. “Those in uniform deserve better,” he says. “And so do we.”

How does The Pentagon’s Wars relate to the Vietnam War? What happened there greatly influenced the thinking of the generals cited in the book. As young officers, they established reputations and proved their credibility in Vietnam, to which they refer repeatedly.