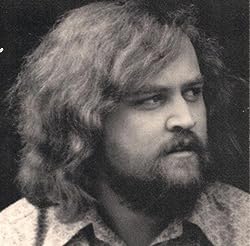 Running Meter Press was established in 2012 to publish novels left behind by Gary Reilly when he died. During his lifetime Reilly had published only one short story and no novels. The Circumstantial Man (255 pp., paper) marks the twelfth posthumous Gary Reilly novel Running Meter has published in the last six years: a trilogy about his time in the United States Army as a military policeman; the Private Palmer novels: and eight novels about Murph, a Denver taxi cab driver (The Asphalt Warriors series).

The Circumstantial Man is a stand-alone novel about Pete Larkey, a sad sack who is divorced, out of work, and the owner of an automobile that has a dead battery. Pete is so much of a sad sack that he doesn’t think of wiggling battery cables to see if that would enable him to start his car. Throughout this novel—which chronicles the various misadventures that this failure brings down on his benighted head—Pete takes himself to task for not knowing how to do this and for failing to do it.

The publishers of this fine novel call it a suspense thriller, which I think is not really accurate.  This is a novel of the modern human condition. Late in the book, Pete says, “In my experience, things related to hope rarely work out.”  There are many such pronouncements by Pete, and I jotted many of them down.

He sometimes is capable of looking on the bright side, though. For instance, Reilly has him digging at gunpoint what he thinks will be his own grave, and he remarks that at least the soft soil is easy to penetrate with his shovel. We learn a lot about how the world works, at least the world that Pete inhabits, which is a world very similar to my own.

There are many references in this novel to the time that Pete spent in the Army. At one point, he notes that incarceration is similar to service in the military.

He mentions Audie Murphy twice and Grendel and Beowulf once each. He quotes Jack Kerouac as saying that the Army “couldn’t hire shits to push mops, make beds, KP.”  Pete also debates the differences between Skippy peanut butter and Peter Pan. He prefers Skippy. The villain who holds him at gunpoint prefers Peter Pan because, he says, Skippy tastes too much of peanuts.

For more info on Reilly and his literary output go to the publisher’s website.