Kristin Hannah has published a long list of well-received, best-selling novels, most with strong female characters. Her latest, The Great Alone (St. Martin’s Press, 448 pp. $28.99, hardcover; $14.99, Kindle), is no exception. Two people, a mother and daughter, are at the center of the novel. They revolve around the main male character, who is one of the most dangerous and seriously damaged Vietnam veterans in modern popular American fiction.

He beats his wife; he beats his lovely, thirteen-year-old daughter. These were hard scenes to read for this Vietnam veteran, damaged to an extent by my time in the military and having been raised by a Marine Corps veteran of Iwo Jima.

The Allbright family becomes convinced—or at least Ernt, the damaged veteran, does—that moving to Alaska will be the way for him to deal with his demons. Or to leave them behind in an America that he no longer wants to be a part of—and that seems to want no part of him.

It’s said repeatedly in the novel that Vietnam changed Ernt or that it broke him. He needs to be fixed, but there is no program set up to fix him. He refuses to deal with the VA, even to try to get a disability check. He’s too proud and haughty for that. He received medals during his tour in Vietnam, but Hannah makes little of that.

Hippies and peace freaks have taken over America and Ernt is characterized as a “baby killer.”  In a speech early in the novel, he says:  “I just want… more, I guess. Not a job. A life. I want to walk down the street and not have to worry about being called a baby-killer.  I want…” Hannah does not give Ernt the ability to state what he wants or needs, except that he is convinced that Alaska will be the place for him to have freedom and peace of mind.

The Allbright family arrives in Alaska completely unprepared for coping with the situation they find themselves in, unskilled in all the ways they need to survive. They find danger at every turn: bears; cold, deep icy rivers; not much food; and even less money.

People try hard to help them, but Ernt is not the sort who does well with getting help, nor with asking for help. His way of dealing with frustration is to anoint the problem with alcohol. He self-medicates at the slightest provocation.

His wife Leni and daughter Cora begin to wonder if they will survive in Alaska with Ernt as part of their family. They struggle for years, but eventually choose an extreme solution to their problem. 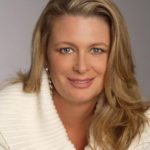 I found the novel engrossing and in some parts so tense that I had to close the book and catch my breath before continuing to read. Ernt is a realistically drawn Vietnam War veteran, one very much like several I have known well.

He is a veteran I avoided becoming, but if my circumstances had been different during my tour, I could imagine becoming that sort of veteran. Even having worked a rear-echelon job failed to prepare me to re-enter America effortlessly and with any kind of grace or equanimity.

Read this book and see if you recognize yourself or a friend in the character of Ernt. It could very well be the case.