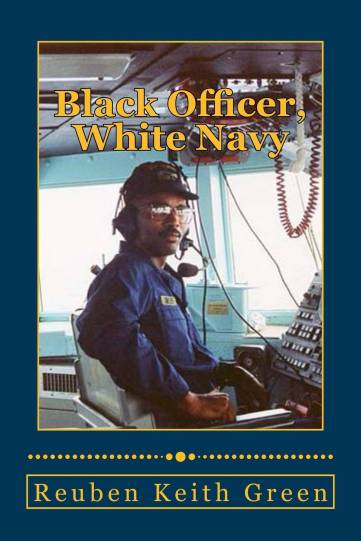 Reuben Keith Green’s memoir, Black Officer, White Navy: Thriving While Black and Sailing Second Class in the Post-Zumwalt Navy (CreateSpace, 351 pp. $19.45, paper; $4.99, Kindle), recreates the author’s sixty years of life to validate an unspoken resignation that black skin overwhelms all other characteristics of a person. The fact prevails across America, but is particularly true in the United States Navy despite efforts by leaders such as former Chief of Naval Operations Adm. Elmo Zumwalt to halt discrimination, Green argues.

At least, that’s the way I interpret his story.

“People always notice skin color and make judgments and decisions based on it. They may not be conscious of it, but it happens,” Green says. I agree.

The theme of Green’s book challenges the elitist mindset of white Navy personnel of all grades. He notes that the Navy has been historically slow to recruit and promote blacks and other minorities. Fundamentally, Green provides a history lesson on discrimination based on his own life.

His role models were his father, who also served in the Navy, and Zumwalt. Their beliefs led Green to accept complex duties for which he had only basic schooling and limited experience. He worked hard and learned by doing. He understood the rules of the Navy and of life in general, and expected others to act accordingly. At the same time, he was patient with prejudiced thinkers—up to a point.

Born in 1957, Green dropped out of high school, enlisted in the Navy in February of 1975,  and served twenty-two years in the post-Vietnam War era, working his way up to lieutenant commander. As an officer, he served three back-to-back tours at sea aboard the frigate USS Vogue, the guided missile frigate USS Boone, and the hydrofoil USS Gemini.

The only black officer aboard those ships, Green experienced discrimination, prejudice, and racial taunts from fellow officers, chiefs, and petty officers. Some of them attempted to make him look bad by not cooperating on jobs for which he was responsible. Their actions turned simple tasks into major problems. Primarily, he fought back administratively with irrefutable “wheel” book documentation against those above and below him in rank.

Initially in the book, a sense of humor peppers Green’s rhetoric. For example, after explaining the effects of a crushing workload, he says, “You may cry here, but briefly.” As his rank increased and his encounters with discrimination grew, Green occasionally reached the “I’m mad as hell and I’m not going to take this anymore” level of fighting back. In those cases, he resorted to any means available to foment change. 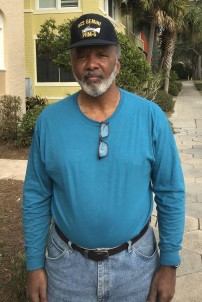 I enjoyed Black Officer, White Navy because Reuben Keith Green shows the good and the bad in himself and in those around him. His evaluations appear fair. He recalls villains who made his life miserable, and he names heroes who helped to advance him and his causes. His perception of life in the Navy made me nod in agreement, shake my head in wonder, and occasionally laugh out loud.

I retired from the Air Force the same year that Green enlisted in the Navy. At that time, race relations and affirmative action classes were in their infancy. I recall that many sergeants—even in the ultra-liberal Air Force—opposed that teaching based on racial bias.

Green taught similar classes in the Navy prior to his commissioning. He applied the principles of those programs as he attained greater rank, which is what one expects from a true leader.

Green believes that conditions have not adequately improved since way back when.

I’ll take his word for it.