The prolific author and journalist Eric Hammel has written fifty books and nearly seventy magazine articles on military history. He specializes Marine Corps activities. The republication of his Ambush Valley: I Corps, Vietnam, 1967—The Story of a Marine Infantry Battalion’s Battle for Survival (Casemate, 310 pp. $22.95, paper) demonstrates the high value of his research and expertise. Originally published in 1990, the book tells the story of four companies of the 3rd Battalion 26th Marines matched against a North Vietnamese Army regiment near Con Thien.

Hammel’s account of the fighting is a work of art because he weaves together exhaustive interviews with nearly two dozen men who were there. He began the interviews in 1983 and the final round took place in 1989. As for official documents, Hammel found merely three pertaining to the battle. One was inaccurate; the others were illegible and incomplete.

He gives space in the book to men of all ranks who speak repeatedly and at length describing those memorable six days in September 1967. Hammel puts the reader into the middle of the battlefield and shows multiple perspectives and differing mentalities of men under fire. An aura of disaster permeates much of the interviewees’ reflections.

Readers are expected to understand everyday details of field operations. Hammel, for example, offers no explanation about how a Claymore mine works.

The book’s story line is simple: NVA soldiers that had operated south of the DMZ for more than a year repeatedly outmaneuver U.S. Marines. The fighting at Ambush Valley was bloody. Both sides suffered enormously. Desperation dictated many decisions for the men of 3/26.

Along with being nightmarishly outnumbered by waves of NVA forces, 3/26 also confronted a full array of other problems: indecisive higher-level planning that bred fatigue and a “hurry up and wait” lethargy among the troops; poor ammunition resupply; limited artillery and air support; loss of its tanks; and NVA troops disguised as U.S. Marines. 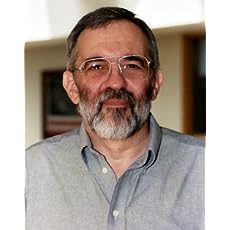 Military historians believe that the Americans prevailed by the narrowest of margins. In the early morning hours of September 11, the NVA disengaged and disappeared. During the final day of battle, American artillery and air power had finally coordinated and left “hundreds of North Vietnamese bodies scattered around American positions,” Hammel says. Mixed among them were many dead Marines.

Hammel’s research for Ambush Valley completes the story of a battle otherwise reduced to merely a body count.