The end of the Vietnam War in 1975 marked the beginning of the worst years of the life of Tham Huy Vu, who served as a captain in the South Vietnamese Army. Within nine days, the victorious communists marched him into the first of six re-education camps where he would spend five years. Seven years later—on his sixth try—he escaped and found freedom for his family in the United States. Those trials highlight A Dangerous Journey from Vietnam to America for Freedom, 1935-1987 (Xay Dung, 270 pp.; $20, paper).

Born in northern Vietnam in 1935, Vu also provides a history of his country because political  changes strongly affected his family. In his childhood, although his family was “one of the most prosperous in the village,” he says, they suffered under “the harsh rule of the French colonialists.” During World War II, Japanese soldiers destroyed his family’s crops after defeating the French. After the war, France regained control of the nation until the Vietminh of Ho Chi Minh’s communist party prevailed in the French Indochina War in 1954.

Vu’s childhood experiences foreshadowed events for the remainder of his life in Vietnam: He labored in rice fields, was exposed to gunfire when the French made his Vietminh-controlled home area a free-fire zone, witnessed the execution of a landowner by the Vietminh, and attended communist education classes. Facing the threat of the father’s death because he was a landowner, Vu’s family left everything behind in 1955 and fled to Saigon.

Drafted into the ARVN, Vu worked on rural pacification and development. He admits to being “an ordinary military officer” who was “unable to do much to improve things.” He also married and had three children.

As a prisoner of war, he defines “re-education” as revenge for having opposed communism. He shows that the re-education camps consisted of slave labor; starvation; living amid filth; inadequate medical treatment; and repetitive brainwashing classes, essay-writing, and group discussions.

Released from the camps and treated as an outcast, he determined that escape from Vietnam was his only course for a viable life. This led to intrigue and drama that Vu shared with many others desperate to escape from communism. 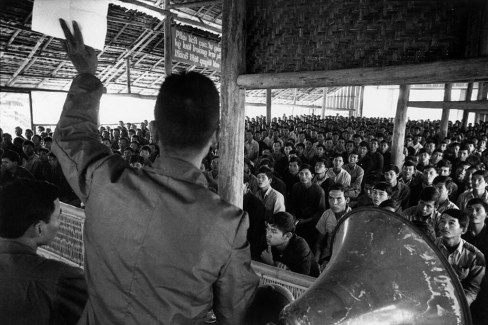 Vu expresses eternal love for America for providing a refuge for his family. He wraps up his memoir with a cogent explanation of why the South Vietnamese people lost their freedom. His strongest argument is that American leaders “knew themselves, but knew not enough about their enemies,” combined with his belief that “most South Vietnamese did not know the truth about Ho Chi Minh and his communist comrades.”

He also points out that America “did not have an appropriate strategy”; acted in its own interests; and experienced “a spasm of congressional irresponsibility” following President Nixon’s resignation in 1974.

Vu’s “I-was-there” background and rational approach to an age-old problem refreshed my interest in the unsolvable.