Jeffrey Lent has written a lot of serious literary novels, including In the Fall (2000) and A Slant of Light (2015), both of which deal with war and relationships. That’s also true with his new novel, Before We Sleep (Bloomsbury, 385 pp., $28).

In it, seventeen-year-old Katey Snow leaves her parents’ home in Vermont in the dead of night, carrying a packet of letters from an old World War II Army buddy of her fathers, which she hopes will provide information about who she is and where she came from. She’s recently been told that Oliver Snow, whom she has thought was her father, is not her biological parent, and she’s now driven to find answers.

This large novel deals mostly with the Greatest Generation as the 60s brings the trauma of a new war down upon them. The novel is heavy going. I found the prose excessively poetical and sluggish—and not just because of Lent’s lack of finesse with commas. I grant that other readers might well bask in his prose ponds, which seemed to me to be a Saragossa Sea of verbiage.

When Katey leaves, sneaking off without any formal farewell, I thought it likely that terrible things would happen to a girl who had never been away from home. I was not wrong. Terrible things do happen, but Katey bounces back from them much faster than I thought was likely or possible, given what Lent lets us know about her character.

The novel goes back and forth between Katey’s adventures on the road and her mother Ruth’s point of view and memories. We learn a lot about Oliver and Ruth, and about their marriage at the beginning of  World War II. Lent expends much prose (and energy) giving the reader a picture of Vermont, and showing us how the state changes through the seasons and through the years. 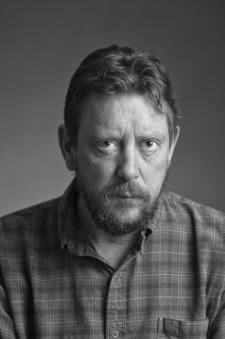 This novel is more about mothers and daughters than it is about men and war. But there is enough to justify calling it a Vietnam War novel—in the larger sense. There’s even a rant about what napalm will be used for after the war “once this shit runs out of steam.”

Will the sender of the letters Katey is seeking answers from have the answers Katey needs or wants?  That is the central mystery of this novel, and I won’t answer it here. Read the book and discover for yourself.

You’ll either love this weighty novel and its special poetical language, or you will not. Good luck with it.