In Vignettes from Vietnam: Brief Moments of Sanity and Belated Notes of Gratitude (Outskirts Press, 232 pp. $14.95, paper) Texan Brice H. Barnes writes mainly about his two tours of duty in the Vietnam War.

His first tour encompassed the Tet Offensive, during which Barnes earned the Distinguished Service Cross at the Battle of Widow’s Village with the 2/47th Infantry, a mechanized infantry battalion in the 9th Infantry Division. During his second tour he commanded an infantry company during the incursion into Cambodia and then worked as an advisor with the ARVN.

Barnes devotes the book’s largest portion to vignettes that say thank you to people who helped him during his thirty-year Army career. With a light-hearted tone, he recognizes friends and acquaintances—such as church ladies who shipped overwhelming quantities of cookies to troops overseas.  Barnes retired as a colonel.

The book also includes a collection of Barnes’ other writings. He presents reflective thoughts on Tet 1968 and the battle for Widow’s Village, a small hamlet near Long Binh. He presents several pages of poetry and poetic tributes, followed by short on-scene reports that he wrote for the Austin American-Statesman during his second tour in 1970. He ends the book with a history of the 5th Division. 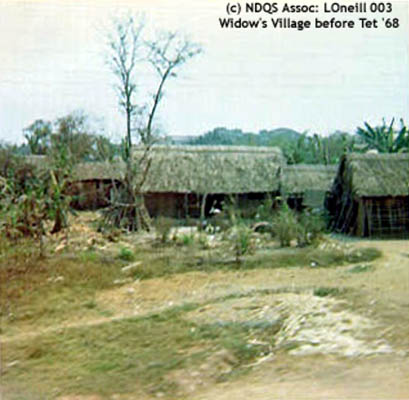 Barnes’ collection of writing covers many years and shows a highly individualized view of the American Army and the Vietnam War.

For ordering info, go to the Outskirts Press web site.