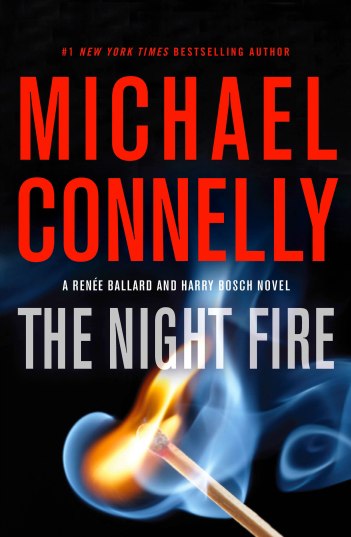 Reading the new Michael Connelly Harry Bosch/Renee Ballard detective procedural, The Night Fire (Little Brown, 416 pp., $29), you’d have to be a good detective to know that Bosch is a Vietnam War veteran. This is Connelly’s 32nd detective procedural, the 22nd featuring Harry Bosch. I’ve been a big fan since I read the first one, the brilliant Black Echo, in 1992, and have devoured (and reviewed) every one of them. Before this, each Bosch book included details of Harry’s service in the war (he was a tunnel rat) and its impact on his mercurial law-enforcement career.

In some of the books Connelly offered but a few sentences here and there about Harry and the Vietnam War. In others, including The Black Echo, there was much more. This time the word “Vietnam” is not mentioned. Late in the book, Harry tells Ballard that he served in the Army—but that’s it.

Which is fine, although a tad disappointing because in my view Harry Bosch (along with James Lee Burke’s Dave Robicheaux) is by far the best-drawn fictional Nam vet detective out there. And it’s always a good thing to encounter admirable Vietnam War veterans in fiction. Harry is street-smart, dedicated, courageous, and stubborn. He’s also brusque and often cranky and doesn’t easily suffer fools, frauds, or criminals. He regularly gets into deep trouble at the office and often runs into life-threatening situations on cases.

In The Night Fire, Bosh and Ballard—both of whom are dedicated, driven, high-maintenance detectives (he’s retired from LAPD and working part time; she’s active duty) —work on two different cases alone and together. As usual, Connelly tells a tale with red herrings galore and more than a few plot twists—sometimes a bit too many. But Connelly’s a master at spinning an exciting yarn that gets more exciting as it goes along and he does exactly that in this book.

As always, Connelly creates fully flushed-out characters, especially Bosch and Ballard. And, in the end—well, no spoilers here. I will say that Connelly offers some veiled references to what might come next in Bosch’s life, mostly dealing with age-related physical problems.

My advice: Read this excellent detective novel and follow the clues to find out for yourself whodunit, how the detectives figured it out, and what might become of Harry Bosch.