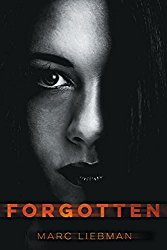 Marc Liebman received his Navy commission in 1968, and became an aviator the following year. He retired as a Captain after serving for twenty-four years in the Navy. His military career took him all over the world, and included service in the Vietnam War and the Persian Gulf War. During that time he also worked with the armed forces of Australia, Canada, Japan, Thailand, South Korea, the Philippines, and with the British Royal Navy.

His novel, Forgotten (Deeds, 594 pp., $25.57, paper), deals with six men who did not come home when the North Vietnamese returned the American POWs in 1973. The men had never been reported as POWs, but were listed as missing in action. The Vietnamese, in the person of NVA Lt. Col. Pham, use the Americans as laborers in a heroin factory. The colonel’s goal is to keep the men alive and ransom them for millions.

Back in the U.S., Janet, the wife of one of the POWs, is an strident antiwar activist. She fills her waiting time and sexual needs by becoming a highly paid assassin, taking on high-value targets around the world.

This is a giant whopper of a sex thriller with violence and bloodshed on most pages, along with that nymphomanical ex-antiwar activist turned assassin. If you love books like this, it’s the one is for you. It is predictable, however, as I was not surprised when Janet, the hit woman, was contracted to kill her own husband.

Forgotten is well written and held this reader’s attention throughout.