Fred Rosenblum’s new book of poetry, Tramping Solo (Fomite Press, 84 pp. $15, paper; $4.99, Kindle), would fit neatly into a backpacker’s pouch—physically, emotionally, and mystically. The book contains 35 poems averaging 50 lines each. That’s mid-length poetry, which should make for comfortable reading for most people. These verse are comfortable, that is, until you get to the subject matter.

The poems cover a three-year period in which Rosenblum—who spent 1968 as a U.S. Marine in South Vietnam—was out of the military and hitchhiking up and down the Pacific Coast from California to Alaska. He used that time to hide out from his past while also trying to deal with it. The poems’ titles include “The City Snarled,” “Jamming With Dead Russians,” Mending Seine,” “Sundown Jungle Texarkana,” and “Under a Bridge in the Pouring Rain.”

Dreaming of “a Londonesque sketch/of adventure,” Rosenblum trades Southeast Alaska and its adventures for those he had had in Southeast Asia. He refers to the journey as “the period of jazz cigarettes and psychedelia.”

He remembers times in Vietnam when he was as “fatigued as/Jesus ascending Golgotha.” Then he recalls:

apprehension of the firefight

of blood and evacuation,

married to the jungle’s rotted

Then the truly unforgettable sounds and smells of “nightfall’s napalm raining.”

Phantom strikes, to this

deep into the stygian abyss

of my sleepless nights.”

In “Enamored of the Art,” Rosenblum writes that he’d been drawn to Alaska by its:

— a white fang wealth of yearning

churning in my chest.”

A lot of this is bare-chested, big-muscled adventure writing as Rosenblum reports on traveling through areas where bears outnumber people and works in a pulp mill and on commercial fishing boats with rag-tag crews for his “paltry share of the take.” He also travels the American Southwest on a Greyhound Bus noting:

This is outdoorsy stuff. It’s not an accident that, along with Jack London, we get mentions of Woody Guthrie, Jack Kerouac, and Sonny Barger of the Hell’s Angels.

Don’t be overly concerned by the fact that this book is presented as poetry. The poems serve as the launching pad for Fred Rosenblum’s memories and the stories they have turned into.

Drop the book into your pack the next time you’re going to spend some time in the great outdoors. It’s there that you’ll enjoy the companionship of these poems most. 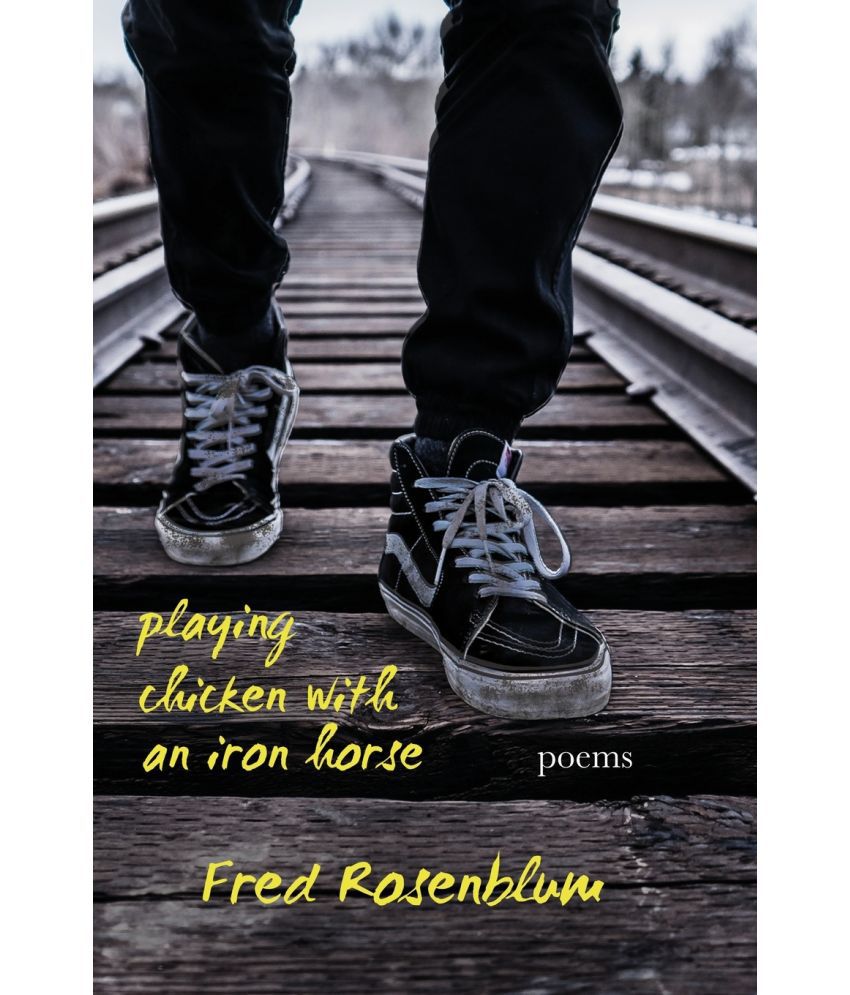