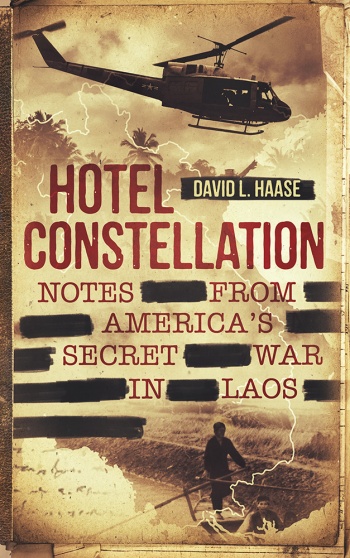 David L. Haase is a former journalist who got his start in the business in Vietnam covering the war. After getting tossed out of Vietnam, he went to Laos and spent many months there struggling to learn how to write about war and how to deal with the often extreme discomfort that westerners encounter in hot, humid Southeast Asia.

Much space is devoted in his memoir, Hotel Constellation: Notes from America’s Secret War in Laos (C. Lawrence, 280 pp. $16.99, paper; Kindle, $6.99), exploring the serious problems h encountered in Laos. That includes crotch rot, hemorrhoids, and other afflictions brought on by bad water and bad food.

Haase was very young when he arrived in Southeast Asia, twenty. His 4-F draft status prevented him from having the opportunity that about 2.8 million other young Americans had serving in South Vietnam in an American military uniform.

This memoir is engaging and well-written and more honest than Haase had to be about how callow and inexperienced he was with just about everything. He uses a journal he kept at the time and the long letters home he wrote to loved ones to summon up the small details of his life in Laos that inform his memoir and make it accessible and intimate.

I found it fascinating to be with him through his diary entries as he witnessed the destruction of the small, landlocked country of Laos as the CIA used it as the place to stage its so-called “secret” war. 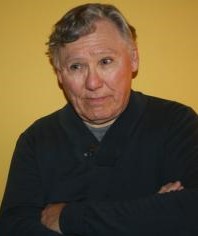 As the book’s blurb says, we watch a “young innocent abroad growing older and cynical.”

Haase evokes the special atmosphere of the Hotel Constellation, the place everyone in Laos eventually stumbled through looking for whatever it was that brought them far away from home to this tiny country that was at the center of the biggest war going.