David Abrams served in the U. S. Army for twenty years and was deployed to Iraq in 2005 as part of a Public Affairs team. Much of that experience was used for his first novel Fobbit and for stories published in Esquire, Glimmer Train, Narrative, and other magazines.

His new novel, Brave Deeds  (Grove Press/Black Cat, 256 pp., $16, paper) takes place during one long day in Baghdad during which just about everything that could go wrong does go wrong. I’m much reminded of William Faulkner’s As I Lay Dying, in which a \funeral dominates the narrative. The main difference is that in Faulkner’s novel the body of Staff Sgt. Rafe Morgan is not dragged on a long, dusty walk made necessary by the malfunction of a Humvee. As I Lay Dying is dark comedy classic, which Brave Deeds seems likely to become.

We get to know a squad of six soldiers about as well as a reader could in the span of this short book about perseverance and people being where they have no business (or proper preparation) to be. The squad’s predicament is funny or we wouldn’t be able to stand reading about young men who are lacking in what it takes to be modern day Lawrence of Arabias.

These are deeply troubled young men:  Cheever—fat and whining about his sore feet—is no worse than the other five, just more annoying and irritating.

This is a dark, deeply sad book, but mostly I recollect how funny many of the scenes were. A beat-up old van full of flowers and a pregnant stowaway who is about to give birth—very funny and beautifully observed by the author.

The six young men walk west across war-torn Baghdad, making fish out of water seem the most comfortable and positive and hopeful of clichés. How can they not all die horrible deaths?  Reading Louis L’Amour novels, going to Rambo and Tom Cruise movies, and watching “mud-streaked men straining up a jungled hill with Mel Gibson toward their deaths in We Were Soldiers” has not prepared them for this war.

One chapter is entitled “This Ain’t No Movie,” and my one thought upon seeing that heading was: That’s for damned sure. I’ve never seen—nor do I want to see—a movie like this book. The book is cinematic enough for me. This is the chapter in which golf gets a mention, which caught me off guard.

“Casualties of war, collateral damage, battle tally” get discussed in this fine novel of modern desert warfare—discussed and portrayed as well.

Read this book. Don’t send your children off to fight any war out in the desert. I wouldn’t do that to my worst enemy.

Former UCLA and Stanford University psychiatry professor Stephen Stahl is an expert on PTSD. The hero of his novel, Shell Shock (Harley House Press, 448 pp., $17.95, paper; $5.99, Kindle), Dr. Gus Conrad, discover a covert “diabolical” military faction called The Patrons of Perseus, which was “formed during the First World War to celebrate heroism and eliminate cowardice.” The novel deals with Conrad’s attempt to fight the evil Patrons.

Blurbs compare this novel—a thriller—to those of David Balacci, Stephen Hunter, Dan Brown, and Lee Child. Having read thrillers by all of those authors, I agree. A book of this sort needs diabolical bad guys, and there are plenty.

Shell Shock covers events going back a century. World War I gets most of the attention, but recent wars also are given their due, including the Vietnam War. We get Siegfried Sassoon and Wilfred Owen as characters, with long conversations between them and a fictional character. I enjoyed reading those bits quite a lot. These conversations are set in remote Scotland at Craiglockhart, where the men were taken after being diagnosed with shell shock, the WWI term for what is known today as post-traumatic stress disorder. 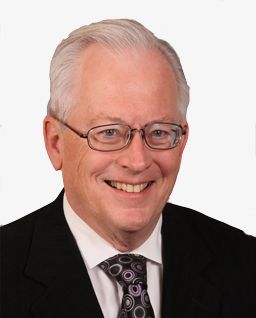 We read justifications of why shell shock, battle fatigue (the World War II term), and PTSD have been demonized by the military. It’s because, Stahl writes, they are “diverting resources for weapons to psychiatric care and pensions for those injured with PTSD by these wars.”

We’re told that a ploy of claiming the men had “pre-existing moral deficiencies” would discredit these men and save a lot of money.

There’s a lot of serious stuff going on in this thriller. But there also is plenty of action to hold the interest of a reader. I recommend it to those who want to read a thriller dealing in a serious way with PTSD. The author’s website is http://stevestahl.com

Phil Klay is a former Marine who served in Iraq. He says the dozen stories in his new best-selling, critically acclaimed book, Redeployment (Penguin, 304 pp., $26.95), are partly autobiographical.

These are not Johnny-one-note stories, all using the same point-of-view, or showing us the same protagonist. These are stories about war told from many angles and with many different voices. All are convincing, interesting, and spell-binding. Klay is a master storyteller.

This is not an all-male war book. There are well-imagined female characters in the book, including a soldier who spent the war filling potholes until she got blown up and disfigured.

These stories make the innocent reader aware of the horrors of all wars—including the Vietnam War. In one story a female veteran who is severely injured  in Iraq, says, “My dad was in Vietnam.”  And her granddad was in Korea. She thought of Platoon and Full Metal Jacket when she went into the military. Her dad had been a REMF. But she was out in the shit.

Her friend comments about the films: “I’ll bet that more Marines have joined the Corps because of Full Metal Jacket than because of any fucking recruitment commercial.” He goes on to say that there is no such thing as an antiwar film. I agree. They all make war seem like an adventure.

We get the stories of a Lance Corporal grunt, a Mortuary Affairs Marine, a chaplain, and a young foreign service officer assigned to bring baseball to Iraqi street kids. Another story deals with veterans in a bar who take part in an interview for a school project, one of them so badly burned that he looks like a horror show villain.

In the story “Unless It’s a Sucking Chest Wound” there is a Fobbit, or REMF, who says:  “I went for an MOS that wouldn’t put me in harm’s way. My Iraq War was a stack of papers.”

The Vietnam War continues to pop up. One of the best stories, in fact, is entitled “In Vietnam They Had Whores.”

The narrator tells us: “My dad only told me about Vietnam when I was going over to Iraq.”  The story “Psychological Operations” contains one of the funniest jokes about Vietnam veterans I have encountered, and I thought I had heard them all.

It starts with “How many Vietnam vets does it take to screw in a light bulb?” But I won’t ruin it by telling you the punch line. It is a good one, and true.

There is humor in the book, and I often laughed aloud. But it is dark humor. One example: the plague of herpes that infests a platoon where there are no whores available. Finally it is tracked to the serial use of an infected and unclean “pocket pussy.” Funny stuff, but very dark.

Redeployment has been compared by reviewers to Tim O’Brien’s The Things We Carried. That’s fair enough as a quality comparison, but the book is more like John A. Miller’s Jackson Street or John Mort’s Don’t Mean Nothin or even Robert Olen Butler’s A Good Scent from a Strange Mountain.

The great strength of the book—aside from the fine writing and the dark humor—is the honesty and how the stories are presented from a kaleidoscope of experiences. Klay generously thanks a long list of folks who helped him, but he must get the final credit for this powerful book of people at war who then try to survive after their war.

No book better makes us aware of the butcher’s bill of modern war.

David Abrams served in the U. S. Army for twenty years and was deployed to Iraq in 2005 where he worked as a member of a public affairs team. The book jacket of his new novel, Fobbit (Black Cat/Grove Atlantic, 384 pp., $15, paper), does not tell us if he was an officer or a sergeant. If I had to guess, I’d say he was a sergeant and did a job similar to that of his main character, SSB Chance Gooding, Jr., but I could be wrong. Maybe he was one of the Lieutenant Colonels he lampoons in the book.

What is the meaning of the title? We are told on the attractive front jacket (done up in red, white and blue) that a Fobbit is “A U. S. Army employee stationed at a Forward Operating Base esp. during Operation Iraqi Freedom (2003-2011). Pejorative.” In my dirty little war, the one in Southeast Asia, such a soldier was called a REMF, or so I am told. I never heard the term while I was in Vietnam. The term “REMF” and the Vietnam War are mentioned a few times in the novel—and to good effect.

Fobbit is a black comedy, in many ways an homage to Catch-22, Joseph Heller’s blackly comic World War II novel, which is name-checked at least twice in this novel. Fobbit is a well-written, beautifully designed narrative which held my attention throughout. It also made me care for the characters, even the totally hapless ones, such as CPT Abe Shrinkle, whom the reader can tell is not going to do well in Iraq, and would be unlikely to do well anywhere else on the planet.

The names of this novel’s characters—Gooding, Shrinkle, Duret, Harkleroad, Lumley, Blodgett, Fledger, Carnicle, Zipperer—are more than a nod to Charles Dickens and to Joseph Heller, and continue a comic-novel tradition of dwelling on funny names. Of course, people do have funny names in war zones.

One of the least favorite colonels I worked with in Vietnam was named Winterbottom. He was always referred to as
“Colonel Coldass” out of the range of his impaired hearing.

The pith of this fine comic novel is summarized by the author on page two.  I can do no better for a prospective reader than to paraphrase those few lines here.

SSG Gooding worked in the PAO (Public Affairs Office) of the 7th Armored Division, which had its headquarters in one of the many marble palaces of the recently departed dictator Saddam Hussein. Gooding’s days were devoted to shuffling through Significant  Activities reports and then producing press releases that transformed the reports into something the American public could be comfortable reading at breakfast over their waffles and eggs.

When a soldier stepped on an IED and his guts ended up hanging in a nearby tree, this event was sugar-coated into the soldier making the ultimate sacrifice to build a democracy in Iraq. Gooding spent his days in an air-conditioned cubicle in front of a computer while doing this vital task, as well as dealing with various oddly named officers and enlisted men.

It is obvious on every page that Abrams knows what he is writing about and has paid his dues in such an Army environment. I spent thirteen months in a similar environment in the U. S. Army thirty-eight years earlier, and I marveled at how much Gooding’s war resembled my ancient war.

As Karl Marlantes, author of the Vietnam War novel Matterhorn says in his blurb on the back cover, Fobbit manages to be both hilarious and deadly serious at the same time. That is a tribute to the humanity and the talent of David Abrams.