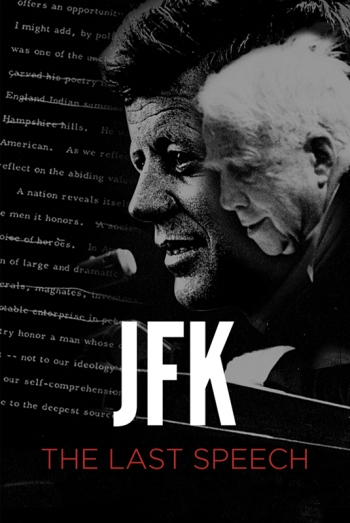 October 1963 was a tumultuous month for John F. Kennedy. Contentious negotiations over Civil Rights and tax-reform legislation occupied the president, as did the increasingly troublesome war that was brewing in Vietnam. High-risk plans to overthrow South Vietnamese President Ngo Dinh Diem were gaining momentum.

Not surprisingly, on October 26, 1963, when Kennedy spoke at Amherst College at the groundbreaking of the Robert Frost Library, he said: “The problems which this country now faces are staggering, both at home and abroad. We need the service, in the great sense, of every educated man or woman.”

The text of that convocation address is included in JFK: The Last Speech, edited by Neil Bicknell, Roger Mills, and Jan Worth-Nelson (Mascot Books, 363 pages. $27.95).

The book—along with a film of the same name—is the 50th reunion project of Amherst’s class of 1964. The book is made up of remembrances by members of that class who were on campus when JFK visited, along with a wide range of other material. That includes the typescript of an early version of the speech (drafted by the scholar and White House adviser Arthur M. Schlesinger, Jr.) with Kennedy’s handwritten edits; and articles by the literary critic Jay Parini, the actor/director and environmentalist Robert Redford, and the historian Jon Meacham.

The October 26 address gained resonance in the wake of the earth-shaking events of November 22, 1963. The president’s assassination, his Frost Library remarks, and his famed Inaugural Address (“Ask what you can do for your country….”) melded in the minds of Amherst students, many of whom chose various ways to serve to their country.

Rip Sparks, for example, who joined the Peace Corps, writes that people would tell him that that was “a good way to avoid the draft,” but “it wasn’t that at all.” Gene Palumbo became a conscientious objector and worked with the Urban Action Task Force in Harlem.

Thomas P. Jacobs, Jr. contributes an essay about his service in the war, “My Year in Vietnam with MILHAP Team 20.” In it, he writes: “I received my [draft] notice from the Army toward the middle of my second year of residency in internal medicine at Columbia University, early in 1970. According to the Army, I would be going to Vietnam that summer.” 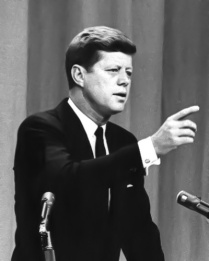 Jacobs opposed the war, but volunteered for the Military Provincial Health Assistance Program. Posted to the Central Highlands, he treated patients at the Kontum Province hospital. Especially gratifying was the chance to work most evenings at a second facility, a large mission hospital that treated Montagnard villagers who, Jacobs notes, “were usually victims of discrimination at the Vietnamese-only province hospital.”

Today Dr. Jacobs wonders if he may have played a small role “in prosecuting and perhaps prolonging the war.” On the other hand, he believes that he is a better person for his Kontum experience and that he saved many lives.

“Best of all,” he concludes, “I recall on an almost daily basis the warmth and welcome of the Montagnards, who may have been the last people on earth to love all Americans.” 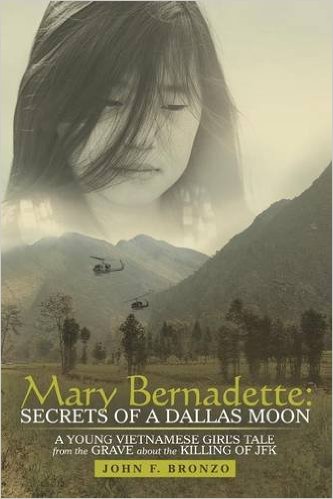 The entirety of John F. Bronzo’s Mary Bernadette: Secrets of a Dallas Moon—A Young Vietnamese Girl’s Tale from the Grave About the Killing of JFK (Archway Publishing, 426 pp., $40.99, hardcover; $26.99, paper; $2.99, Kindle) is neatly summarized both in the long title and in this paragraph at the beginning of the book:

“Rooted in the 1963 Assassination of John Fitzgerald Kennedy (JFK) and taking place during the Vietnam War in 1971, this is an epic tale of patriotism and sacrifice and of love and intrigue, as seen by the backward glance of a young Vietnamese girl named Mary Bernadette, who was born on the day President Kennedy was assassinated and lived just long enough to see his other assassin—the second gunman on the grassy knoll—be captured.”

This is a work of fiction. Names, characters, places, and incidents are either products of the author’s imagination or used factiously. As Bronzo says, “Any resemblance to actual events or persons living or dead is entirely coincidental.”

I’ve read many, many books that deal with the JFK assassination, and this is a worthy addition to the field. I’ve even written a couple of conjectural stories about the existence of a second assassin.  So I am familiar with that confused and nightmarish event.

Bronzo has given the interested reader an enjoyable novel to read, as well as plenty to think about. I recommend this book to those who never seem to get enough grist for the conspiracy mill that has been cranking out one crazy theory after the other for all these decades. 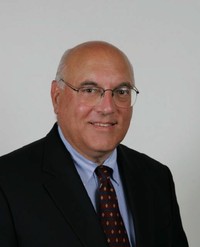 This novel does demand close, attentive reading, however, as the names of characters change throughout. The free and easy way the book moves through time and space can easily discombobulate the reader who needs a book to be strictly chronological and narrated by people who are alive and well.

We’re told that Lee Harvey Oswald was not “a silly little communist acting alone” in nut country, and that he was framed.

The book does occasionally intersect with the themes in other Vietnam War books, including the phrase that most irritates me, “baby killers.” It’s as if babies were treasured by the armies in previous wars. But babies died in all wars.