Then came the Vietnam War and fighter jocks began doing the bombers’ job—deep-penetration attacks on strategic targets in North Vietnam. The jocks paid a heavy and disproportionate toll in losses, but gained heroic superiority.

Following years of obliterating tactical targets such as remote jungle outposts in Laos, SAC B-52s began to strike strategic targets in North Vietnam during the penultimate month of the war. But it was too late for SAC. The many years of role reversals had allowed tactical air force thinkers to gain equality in air war planning.

Working from this background, NORAD deputy command historian Brian D. Laslie examines what happened after the Vietnam War in The Air Force Way of War: U.S. Tactics and Training after Vietnam (University Press of Kentucky, 256 pp.; $40, hardcover; $38, Kindle). Laslie convincingly shows that inadequate training was the primary cause of combat losses in Vietnam. He points out that studies revealed that the first ten “actual combat missions” over North Vietnam took the greatest toll on pilots. Consequently, the Air Force revised pilot training to make it as realistic as the first ten actual combat missions.

Laslie goes on to explain the steps that revised the approach to training: creation of “designed operational capability,” agreement on “thirty-one initiatives” with the Army, evolution of Red Flag war games, and development of new aircraft. In other words, under the new system, technology influenced training, which influenced tactics, which influenced doctrine.

Of course, Laslie holds fighter pilots in high esteem (rightfully so, especially those who flew over North Vietnam) and therefore strongly supports their views. As an old B-47, B-52, and Spectre gunship crewdog, I occasionally found his arguments credible but slanted.

Vietnam War B-52 Stratofortress taking off

At the same time, I admire his honesty. He names generals who accepted mediocrity based on their inability to recognize the need for change. And he lauds leaders who championed crew survivability. Laslie should have said more about inadequate pre-strike intelligence, but perhaps he considered that weaknesses as a given.

The book’s final chapters describe the impact of improved training methods on combat operations starting with the attack on Libya in 1986. Swept up in the fighter pilots’ quest for control, Laslie makes the following pronouncements: “Many have dubbed the air war over Iraq and Kuwait as a ‘strategic air war.’ In the purest use of the term, this is a misnomer. The air war over Iraq and Kuwait was actually a tactical air war that caused strategic level effects.  Everything about air power in the way it was traditionally conceived was overturned during Desert Storm.” Along with winning Desert Storm, fighter pilots also finally won control of the United States Air Force.

And: “Perhaps the most damning statement in [a GAO] report was that the B-52’s contribution to the overall war effort was minimal and did not ‘stand out’ over that of the far more numerous tactical fighters.” Basically, the report said that SAC had no role “outside the nuclear realm.” Clearly, fighter pilots wanted to run the Air Force without compromise.

Laslie best captures the mood of the time in his account of planning for Desert Shield. Personality clashes created scenes of drama equal to the most intense you can find on a good TV miniseries. 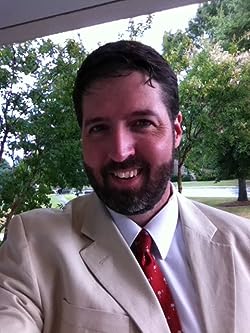 As a wrap-up, Laslie explains the 1992 restructuring of the entire Air Force. He clarifies the merger of TAC and SAC into the Air Combat Command by saying: “The former members of SAC moved into ACC seamlessly as they reorganized the bomber doctrine and made it fit with what the tactical community had been doing for years.”

Laslie offers a postscript by analyzing USAF participation under NATO in the Balkan Campaigns. He finds faults in NATO’s lack of planning and clear objectives. But he credits Red Flag training for the good things that have happened, including the USAF’s ability to conduct day-and-night operations. He does not delve into air operations in Afghanistan and the 2003 invasion of Iraq.

The book has excellent endnotes, along with a “Flag” appendix, bibliography, index, and seven pages of photographs.