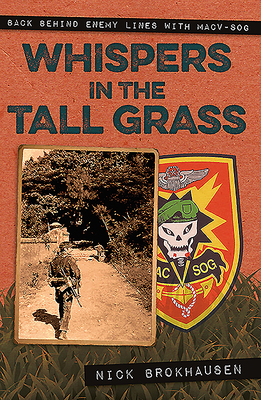 Nick Brokhausen’s Whispers in the Tall Grass (Casemate, 216 pp. $32.95, hardcover; $19.95, Kindle) finishes the story he began with his 2005 war memoir We Few. In the new book, Nick, Mac, and Cookie continue to lead a team of Montagnard soldiers in recklessly waging war against the North Vietnamese Army.

They operate primarily in Laos as part of the Military Assistance Command Vietnam Studies and Observations Group (MACV-SOG). They gather intelligence, destroy communication networks, and expose concentrated enemy forces to attacks by Army and Air Force firepower. A prisoner snatch is their ultimate success.

Brokhausen’s stories are highly detailed; their action is frantic; and three-day stretches of fear often prevail in enemy-controlled areas distant from normal combat. Usually the goal is vague. His team’s job, he writes, entailed “dancing in the dragon’s jaw.”

In reviewing We Few, I noted that Brokhausen mixes irreverence, perversity, and sarcasm with touches of gonzo journalism. He tempers that style in Whispers, which makes the book an enjoyable read. His command of language shows originality, particularly when he describes military feats and individual emotions. As in one of his best lines: “Arc Light will come in and turn the area into a new time zone.”

Off duty, Nick, Mac, and Cookie are certifiable enemies of civility. They challenge pettiness among officers, aggression by MPs, and a misguided tactical experiment of using HALO parachuting for SOG combat insertions. You have to admire Brokhausen and company’s fortitude as they ignored convention and accomplished formidable tasks on and off the battlefield. 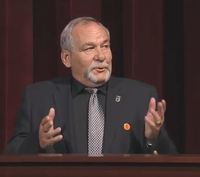 Throughout the book, Brokhausen expresses strong feelings about comradeship between warriors, especially his relationships with the Yard fighters.

After being refused an in-country extension, he expresses closing sentiments about warfare with insights that brought back forgotten memories about how it felt at the end of my combat life.

Nick Brokhausen  definitely has his stuff together.