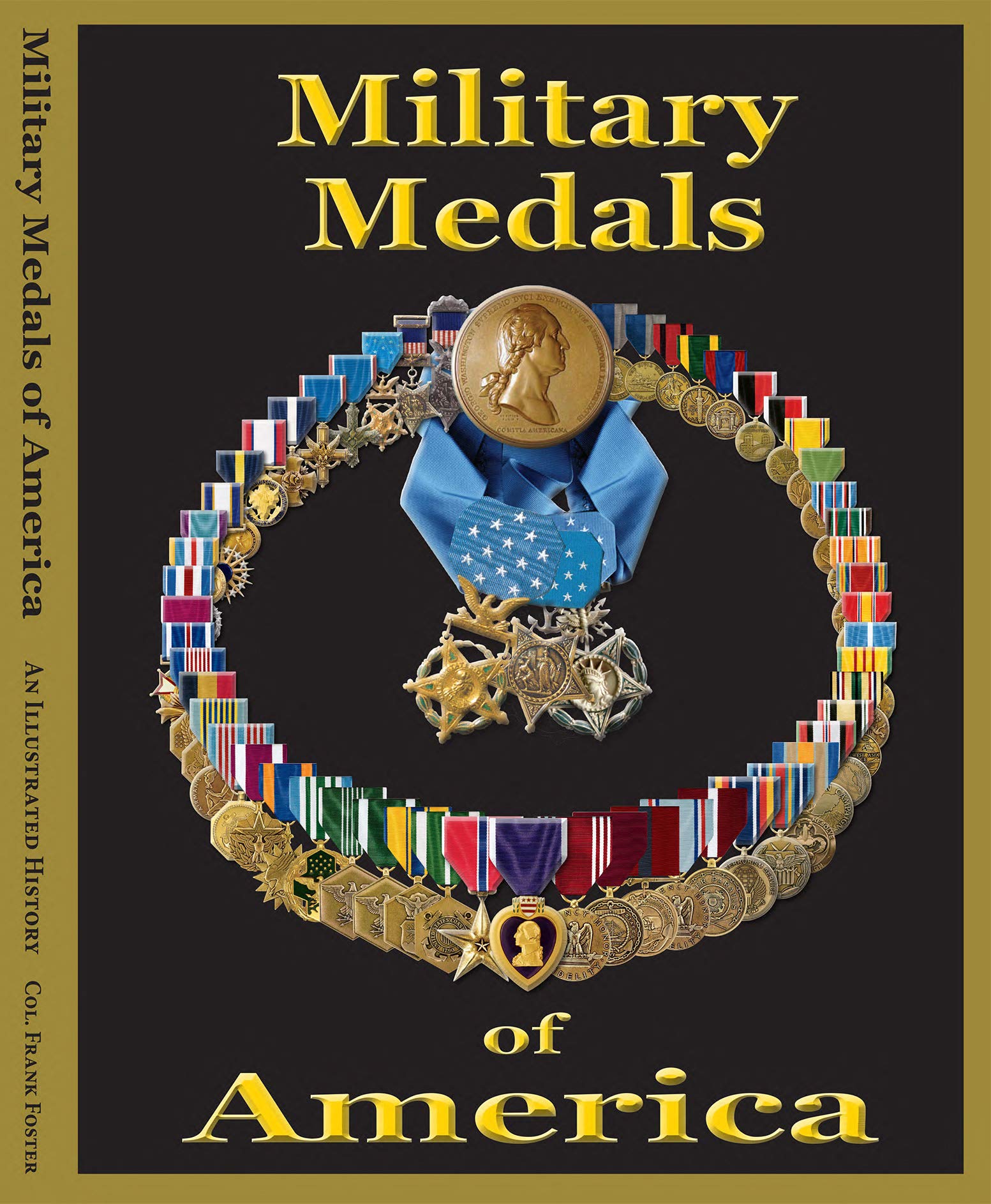 Frank Foster’s Military Medals of America (Medals of America Press, 232 pp., $34.95, hardcover; $29.95, paper) is a reference book jam packed with information on all U.S. (and some foreign) military medals, decorations, and awards. The book is beautifully printed and bound, and worthy of a coffee-table location—both as a conversation starter and the final word on military medals and awards.

The book takes the reader through a well-researched and richly illustrated history and explanation of military awards. Author Frank Foster—a retired Army colonel who served in Vietnam with the 173rd Airborne Brigade and with the USARV General Staff—begins his history with pre-Roman references, but primarily focuses on the period from World War II to the present.

The book as well includes a series of steps about how to obtain missing medals, how to display medals, and how to correctly wear medals, decorations, and awards for both veterans and active-duty personnel.

Foster, the editor of Military Medals of America Press, explains the differences between decorations, service medals, ribbon-only awards, unit citations, and attachments. He also presents us with The Pyramid of Honor—an illustration of the range of medals and awards from the least to most important, along with a bit of commentary for each one. He also looks deeply into the history and awarding process for the Medal of Honor.

Of particular interest to most of us is the section devoted to the Vietnam War, which for medal purposes spans the years 1961-73. Foster has sections on the U.S. Vietnam Service Medal, the Republic of Vietnam Campaign Medal, the Armed Forces Expeditionary Medal (for early involvement), and the three South Vietnamese medals awarded to U.S. service personnel: the Armed Forces Honor Medal, Vietnamese Cross of Gallantry, and the Civic Actions Medal.

The author has developed, and presented, a wonderful reference piece for anyone with an interest in the awards created for, and presented to, U.S. armed forces as an acknowledgment for their service. This reviewer rarely recommends a purchase; but, in this case, you will not at all be disappointed.