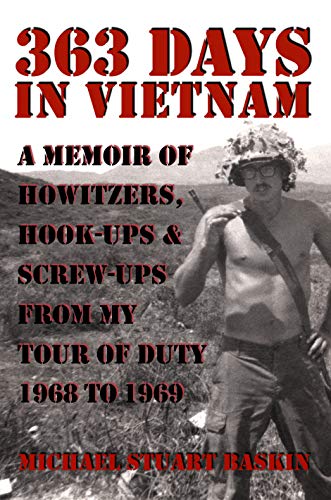 Michael Stuart Baskin, who was drafted into the Army during the height of the Vietnam War, classifies himself as among the large majority of troops who served in country who weren’t “grunts” but “have ALL kinds of stories to tell, even if they’re not ‘war’ stories, per se.”

Wandering around LZs Cherry Hill and Fat City near Chu Lai, he had no official job and made no friends. He occasionally served as a “man Friday” to a supply sergeant, frequently stood guard duty, and often endured KP, which he calls “cruel and unusual punishment.”

On Day 130, he volunteered for, and began a job in, the Fire Direction Center (cinched by his high AFQT math score). Life among howitzer personnel pleased him, and he writes about nearly everything he learned within that environment. His group rotated among LZs: Fat City, Dottie, back to Cherry Hill, and Buff.

A week of R&R in Singapore, which he describes at length, provided Baskin’s other unforgettable main event in Asia. 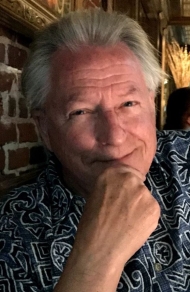 In a quiet manner, he portrays himself as a victim made to serve in the war. He felt as if “the powers that be were simply keeping us busy.”

He notes that countless men similar to him are examples of how the United States government needlessly stole a year from too many young men’s lives. He learned a moral:  Don’t send American troops to fight for a country unless that country is fully committed to helping itself.

I say, Amen to that.

Photographs shot by Baskin support every part of his story.