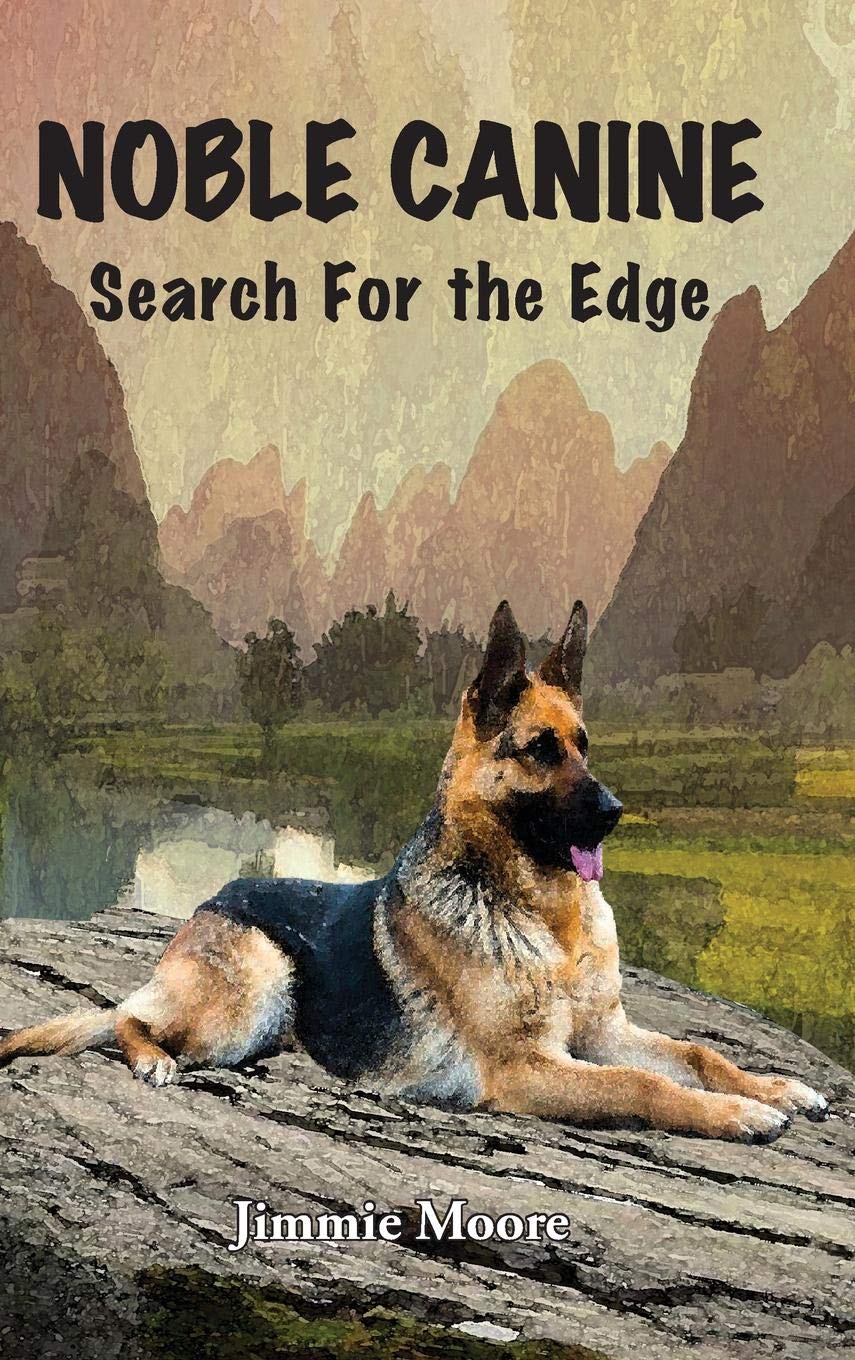 To avoid the likely possibility of living a grunt’s life in the jungle, Jimmie Moore plotted his own course through the Vietnam War. With the draft breathing down his neck, Moore enlisted in the U.S. Air Force, completed basic training and Security Police School, and became a K-9 sentry dog handler. During his 1969-70 tour of duty with the 37th Security Police Squadron at Phu Cat Air Base he patrolled the perimeter every night but six, he says, with German Shepherds Duke II and Junior.

Interactions between handlers and animals constitute the core of Moore’s Noble Canine: Search for the Edge (Steel Crow Productions, 240 pp. $27.95, hardcover; $16.95, paper; $9.95, Kindle). He examines those relationships in totality in the book, and his candor makes enjoyable reading. Beyond that, Moore’s accounts of in-country activities parallel the experiences of many Vietnam War veterans.

Moore recalls the challenges of K-9 training at Lackland Air Force Base, a time when a seasoned sentry dog severely tested his ability to control him. In Vietnam, Moore faced similar challenges while working with Duke II and Junior, both of whom were later euthanized. Moore deplores Air Force policy that dictates death for sentry dogs that no longer can perform their duties; their aggression, the military argues, precludesthem from becoming pets.

A dog’s highly refined ability to hear and smell made it the team leader in nighttime patrolling. Dogs responded to anything approaching the base far sooner than handlers could. Moore often visualized life without a dog and how he might be shot and killed before recognizing a threat.

Jimmie Moore was nineteen years old while at Phu Cat. Initially, he spent as much time as possible in nearby Qui Nhon. He gets specific when reminiscing about local women and the pleasures they taught him. Eventually, following ten-hour night patrols, he grew contented with 8:00 a.m. beer drinking and poker games with eight other handlers he had trained with at Lackland.

He recalls events meaningful to all of them. Viet Cong fighters attacked the base four times during the year he was there, but they hit distant ammunition and fuel storage areas. Along with Moore, the eight handlers ate in mess halls, slept in beds, and made it through the year unscathed.

Old documents, letters, and recollections frame this memoir. The book overflows with reconstructed dialogue as Moore took, he says, “a few liberties to fill in the blanks without infringing on the story’s truth.”