“What is a refugee like?” asks the author Vu Tran, who fled Saigon as a child and grew up in Oklahoma. He poses that question the timely and moving book, The Displaced: Refugee Writers on Refugee Lives (Abrams, 190 pp. $25, hardcover; $15.99, paper; $9.99, Kindle), edited by the award-winning novelist Viet Thanh Nguyen.

Vu Tran offers three answers. Like an orphan, bereft of “the familial bonds of her homeland, her native community and culture and customs.” Like an actor, who often “is one person at home and another person at work or at school or simply in public.” Like a ghost, who “can be invisible even though her presence is felt.”

Viet Nguyen is himself a refugee, having left Vietnam with his family in 1975 at the age of four. Three years later the family settled in California. He has gone on to a distinguished career: professor of English and American Studies and Ethnicity at the University of Southern California; 2017 MacArthur Foundation fellow; and the recipient of the 2016 Pulitzer Prize for Fiction for his Vietnam War-heavy novel, The Sympathizer.

“I believe,” Viet Nguyen writes in his introduction, “in my human kinship to those 65.6 million people that the United Nations classifies as displaced people. Of these, 40.3 million are internally displaced people, forced to move within their own countries; 22.5 million are refugees fleeing unrest in their countries; 2.8 million are asylum seekers. If these 65.6 million people were their own country, their nation would be the twenty-first largest in the world.”

The book originated with the publisher, Viet Nguyen explained during a recent wide-ranging recent interview with the Los Angeles Review of Books:  “The editor there is Jamison Stoltz, and he came at me out of the blue, said, ‘I want to do a book about refugees.’ This was around the time Trump’s Muslim ban had been announced. He came up with half the writers, and I came up with half the writers. The criterion we used was that they had to be refugees and writers.”

Abrams is donating a portion of the book’s profits to the International Rescue Committee.

The seventeen contributors were born in Afghanistan, Bosnia and Herzegovina, Chile, Ethiopia, Germany, Hungary, Iran, Mexico, the Soviet Union, Thailand, Vietnam, or Zimbabwe, and settled—often with several stops on the way—in Canada, England, Pakistan, South Africa, and the United States. 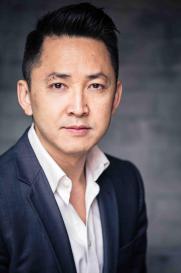 “All of these writers are inevitably drawn to the memories of their own past and of their families,” Viet Nguyen writes. “To become a refugee is to know, inevitably, that the past is not only marked by the passage of time, but by loss—the loss of loved ones, of countries, of identities, of selves. We want to give voice to all those losses that would otherwise remain unheard except by us and those near and dear to us.”

It is, he concludes, “a writer’s dream, that if only we can hear these people that no one else wants to hear, then perhaps we can make you hear them, too.”