Terrence A. Harkin’s new novel, In the Year of the Rabbit (Silkworm Books, 316 pp., paper ), is the sequel to his critically acclaimed The Big Buddha Bicycle Race, but Rabbit is a profound and compelling novel in its own right.

The story opens with Harkin’s Brendan Leary, an American cameraman and self-proclaimed pacifist, entering a hospital following a terrorist attack on the bicycle race he organized.. Though Leary is in dire need of rest, Harkin—a member of Vietnam Veterans of America who served in a USAF photo unit at Ubon RTAB during the Vietnam War—pushes him straight into action in the form of an epic journey through Thailand and Laos alongside wise-cracking door gunner Harley Baker.

Together, Leary and Baker encounter college rock bands, North Vietnamese armed vehicles, and Buddhist monasteries. Though he tries to put the past behind him, Leary is haunted by the memory of his former girlfriend Tukada and the violence he has inflicted in the war. Ultimately, Leary chooses to remain in Asia and become a Buddhist monk.

Much of the novel’s interest comes from the unique relationship between Baker and Leary, which is at once loving and tense. The men view the world in ways that are fundamentally incompatible: Baker is, in his own words, “a gunner and a bomb loader” who likes combat and “that nasty feeling—those butterflies in my belly.” Leary is an introspective pacifist. Yet the men bond through their shared experiences in the war.

At times, both characters verge on clichéd embodiments of their philosophies. But their differences still made this reader ponder the nature of violence and nationalism. Also on the plus side, the book contains many moments of humor and lightness. Baker’s droll callousness is reminiscent of characters in the movie and TV series M.A.S.H. Not coincidentally, Harkin was a cameraman for that famed TV show, among many others. 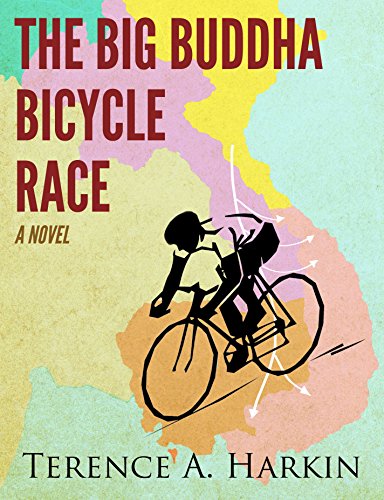