In America’s National Treasure: Biographical Sketches of the United States Military Personnel Killed in Action on the Deadliest Day of the Vietnam War—January 31, 1968 (262 pp. $15, hardcover; $10, paper, $7, Kindle) retired U.S. Army Col. Rodney Kelly has produced a tribute to the 247 American servicemen who died in Vietnam on that bloody day—the first day of the 1968 Tet Offensive. American losses that day were the highest in any twenty-four hour period during the Vietnam War.

Kelley served in 1970 in Cambodia and later as MACV senior advisor for a Mobile Advisory Team in Phu Yen Province in South Vietnam. His military career stretched from 1969-99.

America’s National Treasure honors 12 airmen, 164 soldiers, 59 Marines, and 12 sailors. Each man’s life story is set down on a single page and each story captures something important and interesting about the man’s life. There also is a photograph and comments from family and friends for each entry. I applaud the effort that Kelley put into gathering the men’s biographies. Each one tells a story of innocence and dedication; altogether, they America’s citizens at their very best.

Five Security Policemen at Tan Son Nhut and Bien Hoa were among the twelve Air Force personnel who died that day. They were the first line of defense confronting a surprise attack by overwhelming numbers of North Vietnamese Army and Viet Cong troops. Their actions delayed the enemy until additional units responded to defend the airfields they defended. I was in-country during Tet, and turning the pages of Kelley’s book brought back memories of how much Air Force members at all levels admired the valiant response of the Security Police. One of those men, Reginald Victor Maisey, Jr., received the Air Force Cross for his courage under fire that day.

Seven corpsmen stood out from among the twelve Navy casualties. They selflessly gave their lives caring for Marines locked in battle at Hue. The reflexive spontaneity of their responses also became a topic of great admiration among my peers. Navy Cross recipient Daniel Benedict Henry was one a corpsmen casualties. Only one of the men was older than twenty-three.

The youngest Army and Marine men bore the brunt of casualties suffered on that day in battles throughout South Vietnam. Forty of the fifty-nine marines were killed in action, generally by small arms fire, lost their lives in Hue. The majority were nineteen years old.

Turning the pages of the book and reading the biographies turned into a distinct lesson in humility. The section devoted to the 164 Army casualties seemed endless. Most were nineteen- or twenty-years-old and many had been in the service less than a year, rushed through training and sent to battle.

Most died while fighting in small groups overrun by enemy forces of superior size. They experienced everything (arguably more) that happened to men from other services, including ambushes, helicopter shoot downs, and death by friendly fire. The vast majority were shot by small arms or shattered by mortar shells or rockets.

Half a century after the event, reading about so many deaths in such a short time offers a lesson in self-sacrifice. Even opponents of the Vietnam War should be impressed by the devotion of so many young men to their nation, right or wrong. With America’s National Treasure, Rodney Kelley has produced a guide for future employment of forces if the right people read it.

A story of boyhood friends—Owen Garnet, 20, and William Goldberg, 21—typifies the core of the book. One enlisted in the Army while the other was drafted. Their Army service numbers were sequential. Owen Garnet died at Long Binh on the first day of Tet; nine days later, Billy Goldberg was killed in action in the Mekong Delta.

They were buried in Miami on the same day.

Maybe I take things too literally, but I expected to find both hidden and untold information in Kenneth C. Davis’s The Hidden History of America at War: Untold Tales from Yorktown to Fallujah (Hachette, 416 pp., $30). Davis, the author of the best-selling “America’s Hidden History” book series, in this book offers up his interpretations of six pivotal battles in U.S. history. In addition to Yorktown and Fallujah, he discourses on the Battle of Petersburg in the Civil War; the Balangiga Massacre in the Philippine War; Berlin in World War II; and Hue in the Vietnam War. Each entry is well written, decently researched, and cogently analyzed.

In the Vietnam War chapter, however—and this is a big “however”—there wasn’t anything “hidden” or “untold” in Davis’s dissection of the 1968 Battle of Hue and its impact on the course of the Vietnam War. During the last four decades there have been many examinations of that pivotal battle. Davis, in fact, leans heavily on two of them: Don Oberdorfer’s Tet!: The Turning Point of the Vietnam War, which came out in 1971, and Stanley Karnow’s classic one-volume history of the war, Vietnam, A History, which was published in 1983. He also makes use of Neil Sheehan’s brilliant A Bright, Shining Lie, a biography of John Paul Vann and a history of the Vietnam War, which came out in 1988.

These and other secondary sources are the only works that Davis cites as sources in this chapter, another strong indication that nothing new, hidden, or untold appears on these pages.

Even the title of this Vietnam War chapter—“The ‘Living-Room War’”—is not new. “Living-Room War” was the title of an article by Michael J. Arlen that appeared in the October 15, 1966, New Yorker magazine and the 1969 book of the same name. In the article and book Arlen examined the impact of the barrage of nightly TV coverage of the Vietnam War on American TV.

In his introduction, Davis infers that the 1901 Massacre at Balangiga took place during the Spanish-American War, which began and ended in 1898. Ironically, a lot about the 1899-1902 Philippine War—which Davis never mentions by name—can be considered hidden, if not untold.

Few Americans today can remember the barest details of that conflict, in which some 4,200 U.S. military personnel perished fighting a guerrilla-type insurrection in the Philippines after we handily defeated the Spanish there.

Around 126,000 Americans fought in that controversial guerrilla war, which history books today treat as little more than a footnote to the short, bombastic Spanish-American War that preceded it. 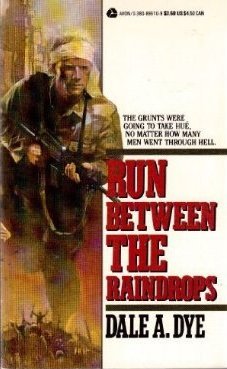