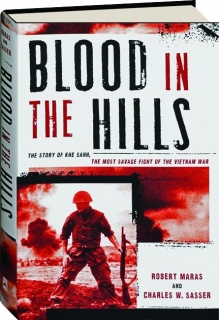 Co-written by Robert Maras and Charles Sasser, Blood in the Hills: The Story of Khe Sanh: The Most Savage Fight of the Vietnam War (Lyons Press, 288 pp. $26.95, hardcover; $14.99, Kindle) is a memoir of Maras’ Marine Corps service before, after, and primarily during his experiences when he took part in the April-May 1967 hill fights around Khe Sanh.

The book is organized into forty-six chapters; each is a stand-alone story. The reader gets immersed in virtually non-stop, down-and-dirty, grunt fighting directed at killing the enemy—and surviving long enough to go home.

Maras produces some great thoughts and gallows humor in the midst of this interminable terror. To wit:

Maras knew that back in the World, higher-up strategists were moving colored pins around maps. As they did, Maras’s commander would move his troops to mirror the pins. Maras asked himself: “I wonder if God has a map of the universe with colored pins.” 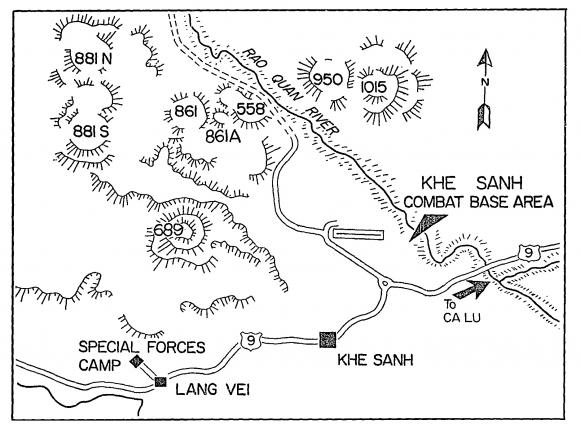 The malfunctioning M-16 is covered at great length throughout this book. Despite their desperation and anger, and knowing the M-16 was defective and unreliable, Maras and his fellow stalwart Marines followed orders and without hesitation assaulted the enemy as if they themselves were kings of the hills—which, in the end, they proved to be.

Blood in the Hills is a must-read.