Four minutes before six o’clock on the morning of January 28, 1973, I awoke in my Tan Son Nhut BOQ room when four mortar rounds hit the base. We were six hours ahead of Greenwich, where it was nearly midnight and the start of the ceasefire designated by the Paris Peace Accords. No further rounds followed, but Big Voice kept ordering people to shelters. I rolled over in bed and smiled.

The North Vietnamese were telling us that they hadn’t quit, I thought with a touch of admiration. Two years and three months later, the NVA rolled into Saigon.

Events that led to that morning and followed it are the subject of The War after the War: The Struggle for Credibility During America’s Exit from Vietnam (Cornell University Press, 231 pp.; $45) by Johannes Kadura. The story revolves around the Indochina endgame strategy employed by Presidents Richard Nixon and Gerald Ford with counsel from National Security Adviser/Secretary of State Henry Kissinger.

Nixon and Kissinger, Kadura explains, used two basic plans to counterbalance defeat in Indochina and simultaneously preserve presidential credibility as an opponent of communist expansion. They called their plans “equilibrium strategy” and “insurance policy.” Kadura discusses the plans and then offers his “new interpretation” of what occurred during the years immediately before and after the signing of the Peace Agreement in Paris. He focuses on the U.S. perspective and does not attempt to tell the Vietnamese version of the story.

The book is a masterpiece of research that is carefully footnoted. Kadura holds a doctorate in American history. He studied at Yale and Cambridge. He is Managing Director of AKRYL, an Internet company based in Hamburg and Beijing.

After American forces departed Vietnam and our POWs returned home, Nixon and Kissinger “stressed the idea that the war in Vietnam had actually successfully ended,” Kadura says. “The implications were obvious: the United States had fulfilled its basic obligations and could focus on more important things; the South Vietnamese had to figure out the rest on their own.” Nixon and Kissinger soon shifted their attention to more critical international matters, such as the Yom Kippur War, the oil crisis, and relations with the Soviet Union and the People’s Republic of China. 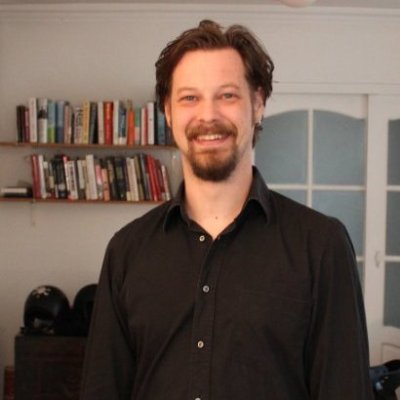 The book convincingly argues that Nixon and Kissinger foisted the blame on Congress for America’s lack of post-1973 support for the vulnerable nations of Indochina, particularly when Congress reduced military and economic aid to those nations each year.

Nixon’s distraction by Watergate and his eventual resignation forced Kissinger to guide America’s foreign policy for a considerable period, Kadura says. Ford, however, proved to be his own man, no more so than when he pardoned Nixon. Ford, emulating Nixon, continued to blame Congress for Vietnam, Cambodia, and Laos ending up under communist rule.

The book presents information that filled gaps in my education. Like many people, I had stopped worrying about Southeast Asia in 1973. Material new to me included the fact that some 207,000 NVA regulars moved into South Vietnam after the signing of the Paris Accords; the North’s paving of the Ho Chi Minh Trail; and its construction of SAM sites at Khe Sanh and A Shau—all in preparation for its final offensive. I also didn’t know about Nixon’s gross failure to take decisive action against cease-fire violations and of the political machinations that led to the fall of Cambodia. Kadura’s history lessons ensure that the reader sees the big picture.

Overall, Kadura convinced me that among Nixon, Ford, and Kissinger, pessimism prevailed throughout the post-peace agreement period. Their goal had been to exit Vietnam without looking like they were running away (“peace with honor”), and they feared being accused of having done exactly that. Kadura barely mentions “peace with honor,” which was a byword of the era. He does discuss the “decent interval,” a goal that might have resulted in more favorable outcomes for Vietnam, Cambodia, and Loas. A two-year interval was not long enough.

The end of South Vietnam triggered a lot of soul searching in this country. Study groups from the State Department, Joint Chiefs of Staff, and National Security Council came up with conflicting summaries of lessons learned. Kissinger’s insistence that “Washington had bought vital time for Southeast Asia’s non-communist nations to develop” became a popular but questionable conclusion because America had not prosecuted the war with that goal in mind, according to Kadura. The “buying vital time” claim, however, reassured other allies that Washington would help them fight communist aggression.

Looking “beyond defeat in Indochina,” Kadura shows that America retained post-Agreement influence in Southeast Asia during the Mayaguez incident, as well as with our denial of help to Hanoi, and through worsening relations with China.

Kadura’s conclusion: “The overall effects of Washington’s defeat in Indochina were quite limited. The strategic balance did not shift decisively in favor of the Soviets or Chinese. Washington emerged tarnished yet relatively strong. Nixon, Ford, and Kissinger did manage to control the damage caused by the U.S. defeat.”