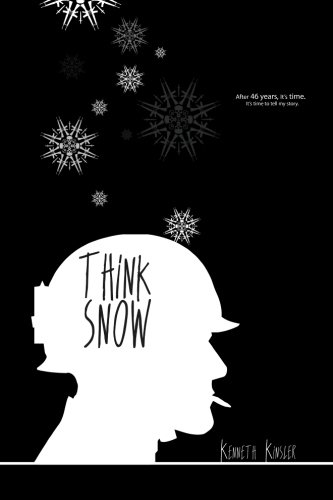 Vietnam War memoirs tell us that decades of learning about life were compacted into a year, or a month, or a week, or a day of combat–maybe  even a few hours.

Kenneth Kinsler learned his life’s lesson in his first firefight. After the NVA killed his squad’s point man and Kinsler dragged the body out of the line of fire, he reached his decision time: Kill anything that moved. His mind grew blind to everything except survival.

Kinsler needed the next forty years to understand that a man could live by a calmer philosophy, a learning process that he describes in his Vietnam War memoir, Think Snow (CreateSpace, 304 pp., $14.99, paper).

An unwilling 1967 draftee at the age of twenty-six, Kinsler did basic and AIT, then he sold his car and “gave everything else away.” Been there, done that—subliminal death wish. Kinsler made it to Vietnam in time for the 1968 Tet Offensive.

His favorite topic—which Kinsler usually approaches head-on but sometimes meanders around—is the many aspects of killing. Discourses on death complement that theme.

Kinsler views the subjects from the highly personalized perspective of a foot soldier not in charge of anything other than saving his own ass. He also lauds the NVA’s leadership at the expense of American officers, mainly by comparing the actual battlefield to West Point classroom training.

Occasionally, the book’s narrative borders on schizophrenia. At one point, in the space of four pages, Kinsler talks about kicking in doors, an unwinnable war, tank support, Charles de Gaulle, the NVA’s killing of civilians, finding a “good old fashioned liquor store,” and a fellow soldier who was a virgin. On his first sexual encounter, the virgin caught something that had not yet been given a name.  “They shipped him to the Philippines and [he] was not allowed to return home for the rest of his life,” Kinsler writes, repeating the well-known Vietnam War venereal disease urban legend.

Two paragraphs later, Kinsler says, “A good joint made life easier to understand.” He goes on to say that he stopped smoking dope immediately after failing to find his M16 during a firefight.

The guy tells stories on himself and you have to admire him for it.

Passages in which his mentality reverts to that of a man under extreme stress are revelatory. In therapy-like, stream-of-consciousness outbursts, fact and fiction (such as the virgin’s fate) blur and show a mind in utter turmoil.

Then, almost out of nowhere, Kinsler tells a complex story such as the one in a chapter called “Captain Napoleon,” and puts the entire world into perfect focus. The shrink that helped Kinsler whip his PTSD deserves a medal.

During his recovery Kenneth Kinsler developed a wide-angle philosophy of life. He includes quotations ranging from Socrates to Cool Hand Luke, including words from Cicero, Robert Frost, and Simon and Garfunkel, among others. His writing style is conversational, stretching the parameters of similes and metaphors. He speaks clearly enough on his own, so skip the Forward and Preface or read them last if you must. 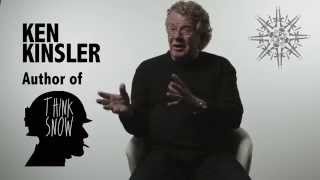 Kinsler never exactly spells out details about where he served in Vietnam or his unit. But , along the way he does mention Pleiku and the 4th Infantry Division. He also talks about Hill 684, Kontum, and spending much time in the northern part of II Corps near Cambodia.

I’m not saying anything more about Think Snow because it is a roller-coaster ride that readers should experience for themselves. The ride is worth the price of the ticket. Kinsler has poured whatever remained of his post-Vietnam War soul into his writing.