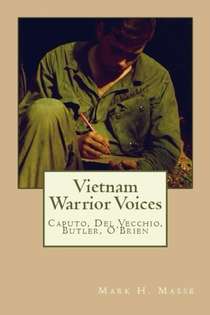 Mark Masse is a professor of literary journalism at Ball State University. His new book, Vietnam Warrior Voices, Life Stories:  Caputo,  Del Vecchio, Butler, O’Brien (Mark Henry Masse, 94 pp., $5.99, paper; $4.99, Kindle), is a work of literary journalism. It is based on a series of interviews Masse did with the four “warrior voices” of the subtitle.

In about seventy pages of text, Masse gives the reader the pith of what these writers have tried to accomplish in their books.  He gives the impression that all four have been tormented, angry souls at some time in their lives. Maybe that is a characteristic of most authors who write books that deal with war. War is not a happy subject.

I got a good sense of what these men have accomplished in their lives and in their writing careers. Plus, this book would have motivated me to read their books—if I had not already read all of them. I am motivated to reread John Del Vecchio’s novel, The Thirteenth Valley, as I didn’t much like it the first time I read it a long time ago.

If I were still teaching a Vietnam War literature course, I would use this book as an introductory text. It would work well for that purpose. 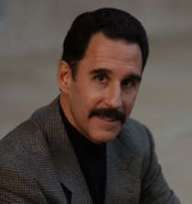 I’ve met Bob Butler and Tim O’Brien, and my impression of them and of their work is about the same as Masse’s. So I figure that the portraits he draws of the other two, Del Vecchio and Philip Caputo, are equally accurate.

I find myself asking why I’ve not met Caputo or Del Vecchio. I don’t know; maybe I lacked the motivation. Certainly both of them have been out on the road giving talks and signing books—the purgatory of authors who wish to sell books.

I suggest buying and reading at least one book by each of these guys—they are worth that much effort.  They have all worked hard at their craft and have achieved some notice, even as fame and fortune have—by and large—eluded them. 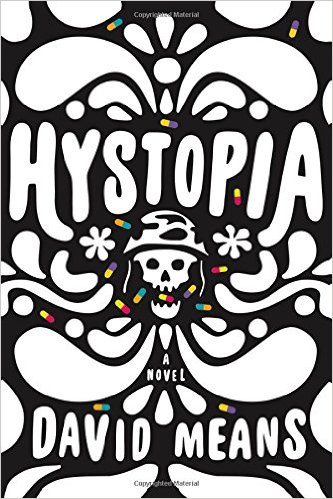 David Means is the author of four story collections. His first novel, Hystopia (Farrar, Straus, and Giroux, 352 pp., $26), is an alternative history of the seventies in which John F. Kennedy has survived multiple assassination attempts and is still president while the Vietnam War continues.

Means has created yet another in a long list of novels that take us to the heart of American darkness in the Vietnam War. In this one faith in high-tech sensors designed to detect VC urination patterns goes unbounded. With our fire power and our sneaky-peepy expertise, the book seems to say, how can we lose?  Well, let me count the ways.

I now wish I hadn’t used the word “phantasmagorical” to describe previous Vietnam War novels. I should have reserved the word for this book. But, then again, I didn’t know this one was coming.

Means has produced many brilliant short stories. Some of his most serious fans had given up on him producing the Great American Novel they hoped for from him. But here it is. And it’s a Vietnam War novel, sort of.

It has everything—and I do mean everything: elephant grass, rice paddies, the Mekong Delta, jungle rot, slogging, ambushes, crew cuts, taking a hill, losing a hill, choppers, water buffalo, dust-offs. And that list is on just one page.

Means’ novel is mostly about an all-encompassing federal agency that JFK has created:  the Psych Corps. “Dedicated to maintaining the nation’s mental hygiene by any means necessary.”  Can traumas be overcome? This novel seems to hold little hope for that. 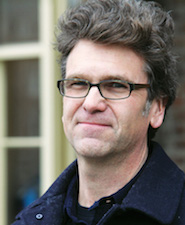 Characters opine that rich kids evaded the war and that most of the folks who went fell into the group called Mac’s morons. Means uses a lot of pop culture fodder in this book: the Phantom Blooper, Norman Rockwell, the Big Two-Hearted River, Huckleberry Finn, Tarzan, the Rolling Stones, and the Beatles.

We get asked how many Vietnam veterans it takes to screw in a light bulb. The answer: You can’t know; you weren’t there.

There’s lots of pontificating about what it is that makes up a true war story. Tim O’Brien grappled with that question decades ago in The Things They Carried. I believe he provided a better answer.

This book lacks a story that make me care about any of the characters, even though JFK’s sister made me sad. Still, I would suggest dipping into this book and seeing what’s there. You’ll find a lot of food for thought.

But I didn’t really need more of that. Or didn’t want any more.

The Pritzker Military Library and Museum in Chicago’s Literature Award for Lifetime Achievement in Military Writing honors “writers whose work adds to the public’s understanding of military history and the role played by the military in civil society.” The list of the award’s seven winners (it dates from 2007) is a who’s who of distinguished military historians, along with a former war correspondent (Rick Atkinson) and one novelist (Tim O’Brien, 2013’s recipient).

The handsomely produced new book On War; The Best of Military Histories (Pritzker Military Museum and Library, 264 pp., $27) contains seven excerpts from the work of the award winners. That august group is made up of the historians James McPherson, Carlo D’Este, Max Hastings, Allan Millett, and Gerhard Weinberg, as well as the award-winning journalist Atkinson and O’Brien, the most honored Vietnam veteran novelist.

The editors of this top-quality volume—including former Vietnam magazine editor Roger Vance who served as the book’s managing editor, and Michael Robbins, the editor of Military History magazine, the book’s editor—chose the perfect excerpt from O’Brien’s work: “How to Tell a True War Story” from The Things They Carried.

As the introduction to this section notes:

The excerpt “is a characteristically sharp response to the challenge of how to convey in words on paper a true sense of the surreal blend of horror, boredom, humor, fear, love, brutality, and grace that was combat in Vietnam.”

In this work of fiction which contains many elements of the truth, O’Brien discourses on what is real and what is not when it comes to war stories.

“In other cases you can’t even tell a true war story. Sometimes it’s just beyond telling.”

All of the men served in the Vietnam War. All wrote memorable works of fiction, including novels that dealt with that war and its veterans. One of my first questions, then, was: “Do you think of yourselves as Vietnam War novelists?” I remember Butler’s answer word for word.

“Calling us Vietnam War writers,” he said, “is like calling Monet a lily pad painter.”

I’ve thought about Butler’s remark many times in the decades that have passed as I have read and reviewed scores of war novels, virtually all of them written by Vietnam veterans about the Vietnam War. But only now, in 2013, after reading Ben Fountain’s astonishing Billy Lynn’s Long Halftime Walk—which was published in 2012 and is just out in paperback (Ecco, 307 pp., $14.99)—has the full import of Butler’s remark become clear in my brain.

Fountain’s book is “Iraq War novel,” or at least deals with the war on every page. That’s why I put it way down on my to-read list. I didn’t feel like wading through another war novel, especially one dealing with a war I had no knowledge of, nor much interest in. What I didn’t realize until I started the book is that calling Billy Lynn an “Iraq War novel” is like calling Moby Dick a whaling novel. Yes, Fountain’s book is about a war and its warriors, but it’s much, much more than that—it creates a unique world that illuminates life’s biggest questions through creative storytelling.

Fountain’s story zeroes in on 19-year-old Billy Lynn and his squad of infantrymen who performed a supremely heroic deed in Iraq that a TV crew caught on video. The video goes viral, the men are acclaimed as heroes, and brought home on a kind of good-will tour that culminates on a cold, rainy Thanksgiving Day at Texas Stadium, the former home of the Dallas Cowboys. There, deep in the heart of Texas, Billy and the other men of Bravo squad will be honored and feted before, during, and after the game, but especially at a special, super-patriotic halftime show.

Fountain got me on the first line and never let up: “The men of Bravo are not cold. It’s a chilly and wind whipped Thanksgiving Day with sleet and freezing rain forecast for late afternoon, but Bravo is nicely blazed on Jack and Cokes thanks to the epic crawl of game-day traffic and the limo’s minibar.”

He carries this muscular, lyrical, and insightful writing right on through to the end of the book. The characters are sharply and believably drawn. The clever and twisting plot moves along rapidly to a suspenseful climax. There is plenty of humor, a lot of it dark. And there’s the ever-nagging, Catch-22-like existential dread hovering over the entire story as Billy and the guys contemplate going from their surreal celeb status in Dallas back into the grit and horror of the war in Iraq.

Fountain—who did not serve a day in the military—somehow nails the essence of his young soldiers. What Billy and the guys do and say is just about pitch perfect. Fountain gets today’s military men. He also evokes the zeitgeist of other fighting men in other shooting wars. In Fountain’s characters I saw echoes of myself and scores of other Vietnam veterans. And I’m sure a veteran of the Korean War or World War II would say the same thing.

The Vietnam War gets several brief mentions in the novel. It comes up when the Bravos banter with the Hollywood producer who is trying to get them a movie deal. When they jokingly invite him to come back to Iraq with them, he says, “I’d just get in the way…, plus I’m pretty much your classic pacifist twerp. Listen, the only reason I went to law school was to stay out of Vietnam, and lemme tell you guys, if my deferment hadn’t come through, I would’ve been on the bus for Canada.”

To which one of the Bravos says, “It was the sixties.”

“It was the sixties, exactly,” the producer replies, “all we wanted to do was to smoke a lot of dope and ball a lot of chicks. Vietnam, excuse me? Why would I wanna go get my ass shot off in some stinking rice paddy just so Nixon can have his four more years? Screw that, I’m not the only one who felt that way.

“All the big warmongers these days who took a pass on Vietnam—look, I’d be the last person on earth to start casting blame. Bush, Cheney, Rove, all those guys, they just did what everybody else was doing and I was right there with ’em, chicken as anybody. My problem now is how tough and gung-ho they are, all that bring-it-on crap, I mean, Jesus, show a little humility, people. They ought to be just as careful of your young lives as they were with their own.”

Ben Fountain has created a masterpiece of a novel that evokes what war does to those who take part in it.