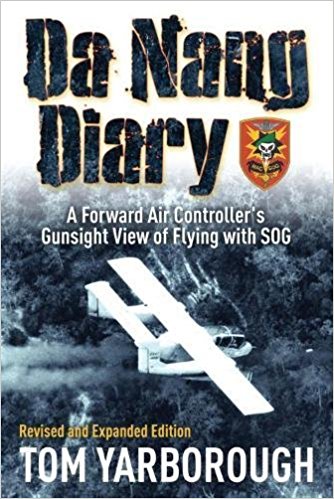 Jerry Hall’s Yes Sir, Yes Sir, 3 Bags Full: Flying, Friendships, and Trying to Make Sense of a Senseless War taught me a lot about the world of forward air controllers in the Vietnam War. In it, Hall recreates what it was like flying O-2 Skymasters out of Bien Hoa in 1969-70. For him, the mission took top priority even when it required disobeying orders or regulations. Considering the consequences of those actions came afterward.

In an equally straightforward style, Tom Yarborough adds immeasurably to my knowledge of FACs in Da Nang Diary: A Forward Air Controller’s Gunsight View of Flying with SOG (Casemate, 356 pp., $32.95, hardcover; $16.95, paper; $9.99 Kindle), which delves into his piloting of OV-10 Broncos with the 20th TASS in 1970-71, including the ultra-secret Prairie Fire FACs operations. If you are unfamiliar with that program, Yarborough tells what you need to know about it.

Yarborough has devoted a significant amount of time to telling the SOG story. He first addressed the subject in 1991 with a book that he has twice expanded. Da Nang Diary tells the “whole story,” despite what Yarborough calls “self-immersion and limited perspective.” The foundation for the book is the twelve-hundred-page diary he wrote during the war.

During two tours, Yarborough flew six hundred combat missions in Vietnam, Laos, and Cambodia. He complements stories about his own adventures with those of other pilots’ heroics. FAC tasks bordered on the unimaginable and resulted in frequent losses. Much of what they did supported SOG teams behind enemy lines outside of South Vietnam. 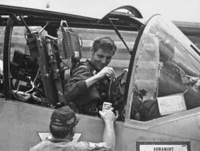 While with Spectre in 1971, one sunny morning I hitched a ride to Laos with a Nail FAC. Orbiting here and there, he flew at extremely low altitudes over the assigned area. The flight reminded me of a cop walking a beat. Nothing dangerous happened, but activity on the ground stopped when the FAC appeared. People disappeared. An extremely enlightening non-event.

Hall and Yarborough have left me with a keen appreciation for the performance of FACs under extreme combat conditions. Young and eager in the midst of war, both men learned that enemies existed within their chain of command—not just among the foreigners who shot at them.

They capably handled foes from both.