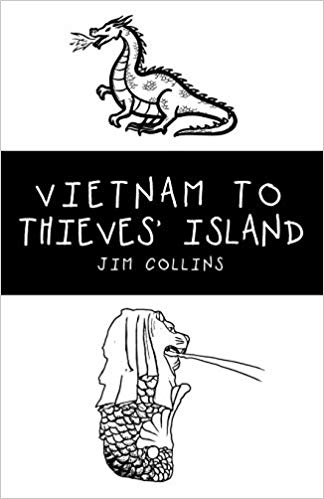 An Australian, Jim Collins recollects his travels and jobs starting in the mid-sixties when he became head engineer of the construction of the Saigon Metropolitan Water Plant in South Vietnam. His rendering of his life as a civilian in a war zone differs significantly from the usual Vietnam War memoirs. In particular, few if any Vietnam War memoirs include accounts of the nationwide ransacking of American-built projects.

Amid disasters, he discovers humor and lessons.

After Vietnam, Collins tell us of his adventures sail-boating the seas of Southeast Asia, Australia, and the Middle East. He meets an array of spellbinding people and describes their seafaring vagabond lives that are as fascinating as his own.

Well into this century, these encounters occur at such places as the Sungei Unjung Club, an hour’s drive south of Kuala Lumpur in Malaysia, to Sharm Rabigh on the Red Sea some twenty miles north of Jeddah in Saudi Arabia. The world is open to those who seek it, he seems to say.

Reading this book resembles listening to a raconteur who says whatever next comes to mind from a bottomless well of experiences. The stories have good and bad endings; several involve visits to “gaols.”

Vietnam to Thieves’ Island has no true beginning, chronology, or ending. Like the story of Jim Collins’ life, it just is.