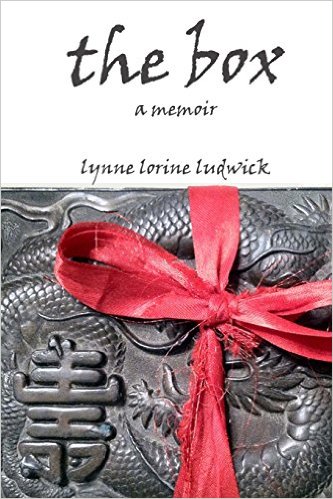 The Box: A Memoir (Lockwood and Ludwick, 182 pp., $10, paper) by Lynne Lorine Ludwick is a tribute to the author’s uncle who was killed in action in Vietnam in 1968. Ludwick looked up to her “Uncle Eddy” Schultz, who was three years younger, as a friend, playmate, and schoolmate. He was “more like a brother,” she writes. She idolized him as “the good cowboy. The one who saves the day.”

Along with recalling happy memories of growing up with Eddy in California, Ludwick also describes the life of an unidentified Vietnamese man born at the same time as her uncle. The difference in the two men’s lives from birth until their confrontation on a battlefield were as opposite as peace and war. Eddy Schultz grew up in idyllic farming surroundings. His counterpart endured the turmoil leading to Vietnam freeing itself from French colonial control. At the age of fourteen, he joined the Viet Cong.

Ludwick’s writing about the Vietnam War, particularly antiwar protests, is different than anything I have read on the topic. Her prose reflects undercurrents of innocence, wonderment, anger, compassion, subdued outrage, sorrow, puzzlement, and revelation. At times, her mood takes command of the story, which makes the book both refreshing and enjoyable.

In describing combat action, she relies heavily on recollections of men who served with Eddy and saw him die. She met them at his unit’s reunions. She quotes from letters Eddy wrote to his parents, which do not speak of combat. 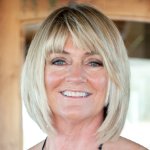 Eddy Schultz’s story is sadly familiar. Drafted into the Army in August, he completed basic and infantry AIT arrived in Vietnam in January 1968. Assigned to Dau Tieng, he served as an RTO on search and destroy operations. In response to the 1968 Tet Offensive, his battalion operated at an accelerated pace. The unit engaged in a six-day battle at Tan Hoa in mid-February, and soon after was ambushed at Hoc Mon where Eddy was killed.

The “box” of the title contained a gift indirectly sent to Ludwick from a Viet Cong soldier who had fought in the battle for Hoc Mon—more than forty years earlier. The gift prompted Ludwick to write the book.

Ronnie D. Foster has written a thoroughly researched and most interesting book, One Day as a Lion: True Stories of the Vietnam War Heroes from Collin County, Texas ( Entry Way Publishing, 242 pp., $16.95, paper; $6.99, Kindle). The title is taken from an ancient Tibetan proverb: “It is better to have lived one day as a lion than to have lived ten thousand years as a sheep.”

The author grew up in McKinney, Texas, just north of Dallas. He served twenty months in Vietnam with the U. S. Marine Corps. Like many Vietnam veterans, after he came home Foster tried without much success to suppress his thoughts about friends who gave up all of their tomorrows in the war zone.

Some three decades years later, he was in his hometown speaking with some other veterans when the discussion turned to the Vietnam War. Foster was dismayed to learn that those veterans did not remember his friend from high school, Bill Bryan, who received the Navy Cross for his heroism at Khe Sanh during the battle for Hill 861 North in 1968. That was Foster’s motivation to tell the story of every Collin County veteran who did not return from Vietnam.

Foster’s book covers all twenty-one Collin County servicemen: thirteen from Army, seven USMC, and one Navy man. One of the men, Army 1st Lt. Russell A. Steindam, received the Medal of Honor for sacrificing his own life by falling on an enemy grenade to save his comrades. Other combat awards received by members of the group include a Navy Cross, three Silver Stars, a Distinguished Flying Cross, and six Bronze Stars. Eighteen received Purple Heart Medals (the other three died from non-combat related causes).

One Day as a Lion was awarded the Silver Trophy as a finalist at the 2009 North Texas Book Festival. In this reviewer’s opinion, it should have been awarded the Gold.This gem of a book is a must read.

Beyond the Names: A Tribute to the Clermont County, Ohio, Vietnam War Dead (Little Miami Publishing, 306 pp., $22.50, paper) is a work of love and admiration for forty men who lost their lives as a result of the Vietnam War. All of them came from Clermont County, Ohio; they served in every branch of the military. Gary L. Knepp, an attorney and adjunct professor of American history and political science at the University of Cincinnati, wrote the book to keep the sacrifices of these men from fading into obscurity.

Each year of the war, from 1965-72, has a separate chapter in the book. Knepp begins the chapters with summaries of events in Vietnam and in Clermont County, the the southwest part of the state outside Cincinnati. He then presents the biographies of the men killed that year.

Knepp enhances the portraits with interviews of families and friends of the men and with a report on his travels in Vietnam in 2006 and 2009. His observations while in-country help close the circle on some of the casualties’ lives. He also conducted document searches and other research to find answers to questions that some family members had never resolved.

Because the stories involve twenty-three soldiers, eleven Marines, five airmen, and one Navy corpsman, the reader gets a picture of operations across virtually the entire theater of the Vietnam War. Of the forty men, thirty-one were enlistees. Nineteen were under twenty-one years of age when they died.

A majority died in combat; the others perished in different ways. Their stories vary in length and cover as much of each man’s life as Knepp could uncover. His research shows once again the unpredictability and unforgiving nature of life in a combat zone.

Died on the Fourth of July: Remembering the Men Who Gave Their Lives in Vietnam on America’s Birthday (CreateSpace, 362 pp., $17, paper; $3.99, Kindle) is John F. Schlatter’s second book that pays tribute to veterans. His first was Postcard Memories From World War II. As an aggressive collector of postcards, I will seek out that book.

Schlatter served as an Army officer from 1974-76. He makes it clear that he does not claim to be a Vietnam veteran. He mentions that three of his mother’s cousins were Marines who fought at Iwo Jima. A modest disclaimer: My father was a Marine who fought at Iwo Jima.  So I was predisposed to like and appreciate Schlatter’s book. The book did not disappoint.

At the time I was oblivious to that. What was I doing that day? I checked my binder of letters home to my wife and found that on July 4, 1967, I attended a barbecue put on by the section I worked in: USARV-Inspector General. I ate steak and prawns.

Schlatter’s section on July 4, 1967, is informative and moving. Troop strength in Vietnam was almost a half million. “The death toll stood at near 14,200,”  he writes. Forty one of those who perished that day died as the result of hostile fire. Schlatter includes a photo of the section of The Wall containing those 49 names. It’s a tiny photo on my Kindle, but looking at it brought tears to my eyes.

His essay informs us that of the forty nine Americans who died that day, thirty five were Marines. That’s 71 percent of the total deaths in a war in which 25 percent of those who died were Marines. One of the Marines who was killed that day was a chaplain’s assistant who was hit by shrapnel from a North Vietnamese Army rocket. He was serving Mass at an altar at the moment of his death.

Schlatter tells the stories of eight of the Marines who died that day. One of them was Lance Corporal Dwight David Eisenhour (no relation.)  He was killed by friendly fire.

Each chapter brings alive the Americans who died too young in Vietnam. The honesty of the reporting elevates this book from being a mere record. The author’s research is thorough, painstaking, and what he reports is sometimes disturbing.

Schlatter has researched and written an important book. The specificity of detail, the photos, and the reproduced news articles go a long way to remind us of the great loss America suffered with the deaths of these young men.

Every library should buy a copy of this book, especially high school libraries. Young people need to read this book. The old people who send young people off to war should read this book, too, as a reminder of the huge butcher’s bill of America’s wars.