Assessing the significance of an author and her topic is a primary duty of a book reviewer, especially when dealing with oral histories and memoirs. Likewise, forging a connection with a writer is vital. In both respects, Charlotte McDaniel and her book, Stories Untold: Oral Histories of Wives of Vietnam Servicemen (Bowker, 196 pp. $20, paper), made a dominant impression on this reviewer.

McDaniel focuses on more than thirty women whose husbands took part in the Vietnam War. She lost a family member in that conflict, which she barely mentions. Her interviews include wives of officers and enlisted men from all military branches. She identifies the women only with their first names.

Each interviewee speaks several times about the stages of war-time family separation. Their collective stories evolve chronologically: deploying, adapting to absence, managing children, supporting each other, losing a loved one, reuniting, and coping with the lingering effects of war.

The book’s major revelation is illuminating the spirit and the depths of involvement of young and inexperienced women with duties they never expected to encounter. Anxiety tempered by an acceptance of responsibility dominated most of their behavior. Those with children found themselves fulfilling the roles of mother and father. They look back on their year—or years, when a husband served multiple tours—as character building.

The chapters about loss and its lingering effects describe extreme hardships and disappointments. Those events presented the ultimate test of love. Within the same framework, a few of the women’s stories—such as the one titled “The Horizontal Christmas Tree”—read like outtakes from a script of “The Dick Van Dyke Show.”

I can’t say that Charlotte McDaniel opened my eyes, but she did refresh my view of nearly forgotten drama.

A former Fulbright Scholar, McDaniel’s academic career included appointments at Yale University and the University of Pittsburgh Medical Center prior to her retirement from Emory University in Atlanta. She has written many research studies and academic books.

The book is available on line at Amazon.com. 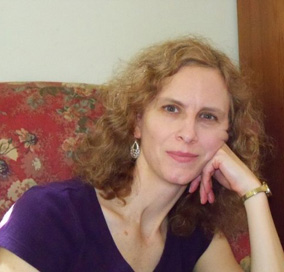